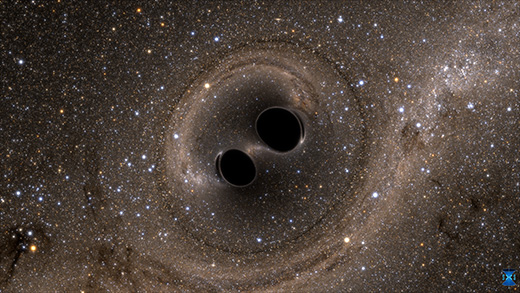 The Laser Interferometer Gravitational-Wave Observatory, or LIGO, recently detected two black holes colliding. A Kansas State University cosmologist explains the importance of the discovery and what it means for the field of physics. | Photo credit: SXS.

Samushia discusses the importance of the discovery of gravitational waves and what it means for the field of physics.

Comments/quotes:
Describe the discovery. What does it mean?
On Sept. 14, 2015, the Laser Interferometer Gravitational-Wave Observatory, or LIGO, detected tiny periodic distortions in the spacetime continuum using advanced detectors located at the Hanford site in Richmond, Washington, and Livingston, Louisiana. The only plausible explanation of this detection is that gravitational waves created during the merger of two distant black holes passed through both detectors. These types of signals are extremely weak. LIGO detected length variations of 20 picometers, which is less than the diameter of a helium atom.

Why is this discovery important?
The discovery experimentally confirms another theoretical prediction of general relativity. It also provides evidence that massive black holes exist. The exact profile of the signal could only be generated by two black holes of roughly 30 solar masses merging about 400 megaparsecs — or 8 sextillion miles — from the Earth.

What does this discovery mean for the field of physics?
Astrophysical observations originally were made using only visible light. Technological advancements in the late 20th century allowed us to see the universe in other frequency windows, such as radio-waves, microwaves, gamma rays, X-rays, ultraviolet and infrared. Gravitational waves provide yet another window into the universe. Unlike light, gravitational waves can pass through matter without being significantly scattered. We will be able to study properties of binary black holes that are otherwise invisible since they do not emit light.

What else should we know?
The European Space Agency is discussing a space-based gravitational wave detector. The Evolved Laser Interferometer Space Antenna, or eLISA, is a proposed space mission with a launch date of 2034. The concept consists of three spacecraft that are arranged as an equilateral triangle with arms that are millions of kilometers long. Gravitational waves can be detected by observing periodic variations in the distance between the arms. eLISA will be sensitive to much lower frequency gravitational waves compared to LIGO and should be able to detect many events coming from binary stars in our galaxy, binary black holes in other galaxies and compact objects orbiting supermassive black holes. 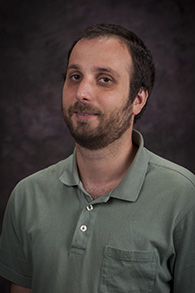 Lado Samushia, assistant professor of physics and cosmology researcher, explains the importance of the discovery of gravitational waves and what it means for the field of physics.

Lado Samushia, assistant professor of physics and cosmology researcher, explains the importance of the discovery of gravitational waves and what it means for the field of physics.