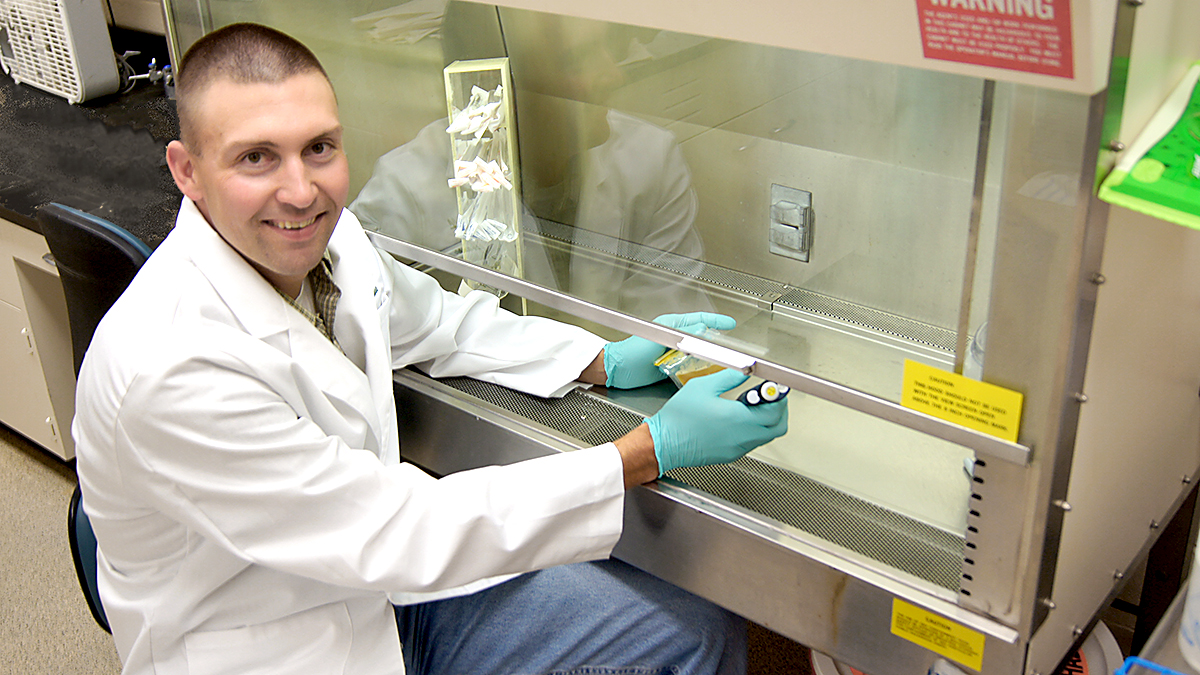 MANHATTAN — Researchers at Kansas State University's Veterinary Diagnostic Laboratory have discovered a virus that's been a real pest for pigs and hope the diagnostic tests they've developed to detect the virus are a step toward understanding the disease.

The researchers identified the virus as a member of the aptly name pestivirus family. A sample submitted to the lab by a veterinarian in North Carolina came from a swine herd where uncontrollable shaking, or intention tremors, was observed and resulted in the death of nearly 700 pigs.

"The veterinarian described the tremors as similar to those seen with Parkinson's disease in humans — but more severe," Hause said. "A recent report described pigs born with congenital tremors caused by a novel pestivirus similar to one we identified this past summer, but this current situation involved older pigs with disease onset from 5 to 14 weeks of age. This has a significant economic impact, especially in a situation like this where 700 animals had died."

Historically, the pestivirus family has been associated with important livestock diseases such as bovine viral diarrhea in cattle, border disease in sheep and classical swine fever virus. Pestivirus infections of pigs have caused a wide range of clinical symptoms, including neurological disease Hause's research sheds new light on the pathology associated with this newly described virus.

Earlier this year, Hause and colleagues at the Kansas State Veterinary Diagnostic Laboratory identified and characterized a proposed new species of pestivirus, named atypical porcine pestivirus or APPV. It was identified through metagenomic sequencing of swine serum samples submitted to the diagnostic lab. This work, "Discovery of a novel putative atypical porcine pestivirus in pigs in the USA," was published in the Journal of General Virology in October.

"While we identified a novel, highly divergent pestivirus in swine samples and went on to show that the virus was widely distributed in the U.S. swine herd, we had no idea what, if any, disease was caused by this virus," Hause said.

"While we do not know how often this virus causes clinical disease, I have spoken to other veterinarians who have reported seeing similar symptoms in herds they care for," Hause said. "We're hoping the diagnostic tests that we've developed to detect this virus lay the groundwork to improving our understanding of disease caused by APPV."

A pestivirus affecting swine has been discovered by Kansas State University researchers, who also have developed diagnostic tests to identify it.