Eric Higgins, a Kansas State University professor and head of the finance department, discusses what the interest rate increases mean for consumers and the economy.

Comments/quotes:
Why is the increase important?
The 0.25 percent increase in the federal funds rate represents the first increase in rates by the Federal Reserve in 10 years and it is the first time since the height of the financial crisis in 2008 that rates have been set above 0 percent. In response to the 2008 financial crisis, the Fed not only kept interest rates near 0 percent, but began an aggressive campaign of buying treasury and mortgage-backed bonds. The size of the Fed's balance sheet has increased from $869 billion in 2007 to almost $4.5 trillion today. This interest rate increase is significant as it signals the beginning of the "normalization" of monetary policy by the Fed.

The Fed has a dual mandate to ensure that the economy is near full employment and that inflation is kept in check. Recently, the Fed has been reluctant to increase rates due to low inflation rates and slow growth in wages even though unemployment has been below the Fed’s target rate. With the recent rate increase, the Fed is signaling that it believes that wages will be increasing and that the U.S. economy is strong enough to absorb a rate increase without damaging economic growth.

How will the rate affect individuals?
In the short run, individuals should expect to see a slight increase in mortgage and other borrowing rates. Over time banks also will begin to raise savings rates as well. In total, the slight increase in rates will not have a significant impact on individuals. Interest rates are still near historic lows.

First, with rates being so low for a long time, companies — even those with poor credit ratings — have had access to very cheap capital. The recent rate increase will likely increase the interest rate differential between high-quality borrowers and low-quality borrowers. This means that those companies with poor credit will face higher costs and more limited access to capital. This may lead to some defaults in the high yield credit market especially for those borrowers who have been hurt by declining oil prices.

Second, the recent rate increase will likely push the U.S. dollar higher. While a higher dollar can help consumers by making imported goods cheaper, the higher dollar will mean decreased sales for businesses with a substantial international presence and can lead to workforce cuts.

What else should we know?
While this rate increase is significant and signals a return to a more normal monetary policy by the Federal Reserve, the overall monetary policy stance of the Fed is highly accommodative. Interest rates are still near historic lows and even though the Fed has stopped its bond buying programs, it is still reinvesting all of its interest and principal payments in treasuries and mortgage-backed bonds, which keeps its balance sheet at a constant size. The Fed is committed to a very gradual return to normal monetary policy and its slow pace of rate increases is unlikely to create any significant economic disruptions over time. 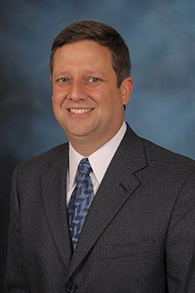 Eric Higgins, professor and head of the finance department, discusses what interest rate increases mean for consumers and the economy.

Eric Higgins, professor and head of the finance department, discusses what interest rate increases mean for consumers and the economy.