MANHATTAN — Following a national search, Kansas State University has named Tammy Beckham as its next dean of the College of Veterinary Medicine, effective Aug. 2.

Beckham is currently the director of the Institute for Infectious Animal Diseases, or IIAD, a Department of Homeland Security Center of Excellence in College Station, Texas. Since 2010, she has led the IIAD's efforts to perform research and develop products to defend the nation from high-consequence foreign animal, emerging and zoonotic diseases.

Beckham also has served as director of the Texas A&M Veterinary Medical Diagnostic Laboratory, or TVMDL, an agency of the state of Texas and member of the Texas A&M University System. She has provided leadership for TVMDL’s two full-service laboratories and two poultry laboratories, and directs one of the highest volume animal diagnostic labs in the country.

"I am excited to welcome Dr. Beckham as the 12th dean of the College of Veterinary Medicine," said April Mason, Kansas State University provost and senior vice president. "She is recognized as an international expert in the diagnosis of foreign animal diseases and will be a tremendous leader to help guide us toward our goal of becoming a Top 50 public research university by 2025."

Previously, Beckham was director of the Foreign Animal Disease Diagnostic Laboratory, a part of the U.S. Department of Agriculture's Plum Island Animal Disease Center in New York. Her responsibilities included managing the diagnosis of animal diseases, overseeing diagnostic test development for a nationwide animal health diagnostic system, and coordinating efforts with the Department of Homeland Security, the National Animal Health Laboratory Network and other entities.

Beckham succeeds Ralph Richardson, who has served as the College of Veterinary Medicine's dean since 1998. Richardson will transition to a faculty position in the college.

"The positive momentum at Kansas State University is very exciting," Beckham said. "I am honored to have been chosen to be the next dean, and I look forward to leading the College of Veterinary Medicine as we leverage that momentum to serve our stakeholders and work to become a Top 50 public research university by 2025."

Beckham is chair of the Foreign and Emerging Disease Committee of the United States Animal Health Association and has served on many committees within animal health and veterinary diagnostic associations throughout the United States. She also has been an adjunct professor in the Department of Veterinary Pathobiology at Texas A&M University's College of Veterinary Medicine and Biomedical Services. 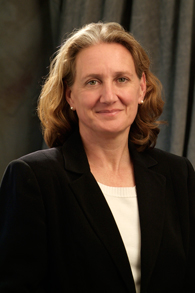 A PDF of the signed offer letter is available to download.