MANHATTAN — A Kansas State University doctoral student has been named a Ford Foundation Predoctoral fellow by the National Academies of Sciences, Engineering, and Medicine.

Arnaldo X. Torres-Hernandez, a doctoral student in chemistry, Puerto Rico, is one of 77 predoctoral fellows selected in 2022.

Torres-Hernandez works in the Rafferty Research Lab under the supervision of Ryan Rafferty, assistant professor of chemistry. He plans to utilize his fellowship in the area of therapeutic discovery by enhancing the penetration of potential antibiotics into bacteria using nanoparticles and magnetic fields.

"I am investigating and developing new strategies and methodologies to enhance the general transport of non-endogenous — or outside — agents into both Gram-positive and Gram-negative bacteria while decreasing uptake in surrounding non-targeted cells," Torres-Hernandez said.

At K-State, Torres-Hernandez is a member of the Society for Advancement of Chicanos/Hispanics and Native Americans in Science, Sign Language Club and Phi Lambda Upsilon, the national chemistry honor society.

While a university student in Puerto Rico, he received several honors for his undergraduate research, including travel awards to the American Chemical Society National Meeting & Expo, the Emerging Researchers National Conference in Science, Technology, Engineering and Mathematics, and the annual Biomedical Research Conference for Minority Students. Other honors included the President's Award for a high GPA; the Sor Isolina Ferré Award, which recognizes excellence in social-religious work during a student's years of studies at Pontifical Catholic University; the Luis Torres Nadal Award for his work with a university theatre group; and membership in Phi Kappa Phi honor society.

Torres-Hernandez's career goals include leading an accessible chemistry lab where he can teach chemistry to the deaf community. 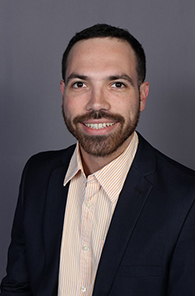