The award, funded by the W.T. Kemper Foundation and Commerce Bank, honors current graduate faculty who are recognized nationally and internationally for their outstanding scholarly achievements and their contributions to graduate education at the university. Award recipients receive an honorarium and will deliver public lectures on their research to the campus community.

"It is because of wonderful educators and researchers like Dr. Park and Dr. Coetzee that Commerce Bank and the W.T. Kemper Foundation continue to support these awards to recognize outstanding graduate faculty at Kansas State University," said Shawn Drew, market president and CEO of Commerce Bank, Manhattan. "We are honored to recognize them for their outstanding work, their care of the students and their advancement of the highest quality education. Congratulations on a job very well done."

As one of the most renowned international research leaders in insect molecular physiology, Park focuses on insect and other arthropod pest species. His group was the first to document the neuropeptidergic signaling system in multiple arthropod species. Park's group also identified several new insect neuropeptides and their corresponding receptors.

To-date, Park has received 31 research grants and contracts totaling more than $7 million from various agencies. He has authored 121 journal publications and given 247 research presentations and 89 invited talks.

The researcher has also made a significant contribution to graduate education at K-State. Park has taught several graduate courses, such as Insects Physiology, Insect Anatomy and Histology, and Molecular Entomology Laboratory. He has mentored 10 postdoctoral fellows or visiting scientists and 25 undergraduate students. His devoted mentoring is evidenced by more than 70% of his students continuing their careers in science as faculty members or research scientists. Many of his students and postdoctoral researchers have now become national or international leaders in their respective careers.

Park earned his doctorate in insect science from the University of Arizona. He joined K-State's entomology department in 2002. His work has been recognized with awards from K-State, including the College of Agriculture Excellence in Graduate Teaching Award in 2013. In 2020, Park was selected as Faculty of the Year by the Popenoe Club for entomology at K-State.

An internationally recognized scholar, Coetzee has made high-impact contributions to improving the health and welfare of farm animals. His laboratory developed models to study pain in livestock that supported the approval of the first analgesic drug for use in cattle in the United States. Drug protocols developed by his research group have positively impacted the welfare of over 10 million calves that experience painful management procedures each year. Recently, Coetzee's research discovered methods to reduce pain at processing, which affects over 100 million piglets each year, by delivering pain relief medications through milk from the sow to the piglets.

Successfully securing more than $21.5 million in research funding, Coetzee has authored or co-authored 216 peer-reviewed manuscripts with more than 7,000 citations. Since the start of his academic career, he has averaged one publication per month and $1 million in funding each year. He has been recognized as among the top 2% of researchers in the world by Stanford University and ranked in the top 0.02% of 222,715 authors publishing research on cattle worldwide.

Coetzee's contributions to graduate education at K-State include establishing the A&P Graduate Assistantship Program. This program provides an opportunity for new graduate students to rotate through research laboratories using departmental funding for their first year of the program, resulting in a threefold increase in the number of doctoral students enrolled in the physiology program since 2018. Coetzee has mentored 28 graduate students 10 as a major professor and 18 as a committee member.

In 2022, Coetzee received the university's highest faculty ranking of university distinguished professor, a lifetime title. Coetzee is nationally and internationally recognized for his work. He was the first North American recipient of the World Veterinary Association Global Animal Welfare Award and the second recipient of the World Buiatrics Congress Ruminant Well-being Achievement Award. His contributions to advancing animal welfare also have been recognized with the American Veterinary Medical Association Animal Welfare Award and the American Association of Bovine Practitioners Award of Excellence. At K-State, Coetzee recently received the 2022 Dr. Ron and Rae Iman Outstanding Faculty Award for Research from the K-State Alumni Association.

Coetzee earned his Bachelor of Veterinary Science from the University of Pretoria, South Africa, in 1996 and a doctorate in veterinary microbiology from Iowa State University in 2005. He holds dual board certification from the American College of Veterinary Clinical Pharmacology and American College of Animal Welfare and is a European specialist in animal welfare science, ethics and law.

Park will give a public presentation on his work at 1:30 p.m. Wednesday, Nov. 30, in Town Hall at the Leadership Studies Building. Coetzee will present his public lecture in the spring 2023 semester. 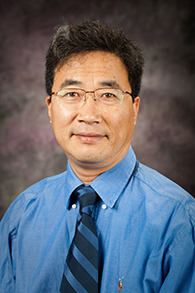 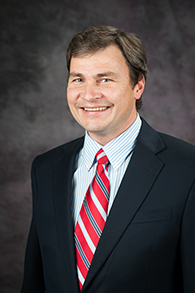 Hans Coetzee, university distinguished professor and head of the anatomy and physiology department, is a recipient of the Commerce Bank and W.T. Kemper Foundation Distinguished Graduate Faculty Award from Kansas State University.