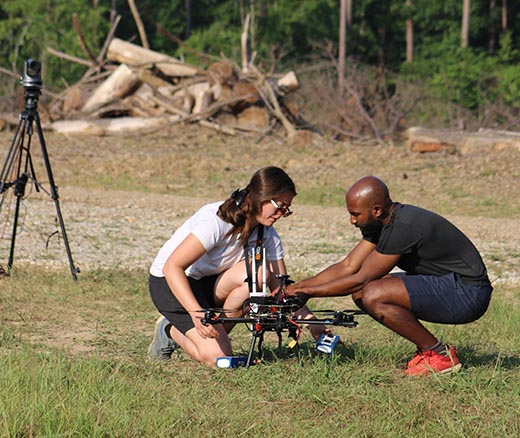 Prize money was awarded for each challenge in the multi-challenge competition.

In Challenge 3.2, teams were awarded prize money for innovating a cost-effective, robust and easily deployable drone solution that delivers data files in a cellular-denied area. Winning first place and $40,000 was Team ARCC from Penn State; second place and $20,000 went to Team Mantech/FLYT Aerospace; and third place and $10,000 went to Team EpiSci. The First Responders' Choice Award and $5,000 was claimed by Team ARCC from Penn State.

The competition also awarded prize money to teams for developing an attack and countermeasure on open-source navigation or control software that may disrupt a drone's navigation for Challenge 3.3. The following winners were awarded $30,000 each: Team Mantech/FLYT Aerospace, Team ARCC from Penn State and Team CNA Corporation/RIIS LLC.

K-State Salina, along with Capital Consulting, will be involved with the National Institute of Standards and Technology's 2023 drone challenge: the First Responder UAS Indoor Challenge. In this competition, competitors will embark on indoor disaster response and search and rescue, finding solutions for first responders in those difficult scenarios.

Up to $685,000 in total prize money will be awarded to competitors as part of the First Responder UAS Indoor Challenge. For more information on the challenge and to register, visit firstresponderuaschallenge.org/.