MANHATTAN — A Kansas State University distinguished professor of plant pathology will spend the next school year on assignment as a Jefferson Science Fellow in the U.S. Department of State's Office of Global Food Security.

John Leslie is among 14 individuals nationwide selected as 2022-2023 Jefferson Science Fellows. Established in 2003 as an initiative of the Office of the Science and Technology Adviser, the Jefferson Science Fellows Program is designed to build science, technology and engineering expertise within the State Department and the U.S. Agency for International Development. The program is open to tenured or similarly ranked senior faculty from U.S. institutions of higher learning who are U.S. citizens.

Jefferson Science Fellows spend one year as science advisers at the State Department or USAID, providing expertise on issues relevant to foreign policy or international development. Assignments are tailored to the needs of the hosting office and utilize the fellow's interests and areas of expertise. Following the fellowship year, fellows return to their home institutions and academic careers but remain available to the U.S. government as experienced consultants for short-term projects.

As a member of the 19th class of fellows, Leslie will help strengthen the Department of State's interactions with scientists and academics in the United States and elsewhere in the world. His expertise in agriculture, biotechnology, genetics, and food safety and security will provide immediate answers to food-related problems or quick connections to others in the field with the right expertise. Leslie's responsibilities in the Global Food Security Office will mirror portions of the agricultural, biosecurity and biosafety emphases in the K-State Economic Prosperity Plan.

Concerns of Kansas farmers and ranchers are not uncommon in other parts of the world. Leslie believes international cooperation is the best way to both address and solve these issues and synthesize new approaches to these problems.

"My career as a scientist has focused on discerning and describing new facts and relationships to provide a better understanding of the world and how it works," Leslie said. "As a Jefferson Science Fellow, I get to use my knowledge of scientific facts and processes to help ground U.S. foreign policy in science, to employ K-State values and experiences to help shape the way our country interacts with the rest of the world, and to bring back to Manhattan knowledge of food security policy that will inform and guide activities within the K-State community.”

A fungal geneticist, Leslie is a recognized expert in fungal systematics, plant pathology, international agriculture and mycotoxicology. With research focusing on plant disease-causing and toxin-producing fungi in the genus Fusarium, Leslie's work has been published in a patent, seven books and more than 160 refereed journal articles that have been cited approximately 19,000 times. He is a fellow of the American Association for the Advancement of Science, the American Phytopathological Society and St. Paul's College at the University of Sydney, Australia. He also is an honorary research fellow at the Royal Botanic Gardens in Sydney and an honorary international member of the Hungarian Academy of Sciences.

Leslie has extensive experience working with USAID programs, including 25 years as part of USAID-sponsored work with the International Sorghum and Millet Collaborative Research Support Program, known as the INTSORMIL-CRSP. After serving as head of K-State's top-rated plant pathology department for nine years, Leslie transitioned to interim director of K-State's USAID-sponsored Feed the Future Innovation Lab for the Reduction of Post-Harvest Loss — one of four Feed the Future Labs at K-State. Under his leadership, the lab developed and completed a special $1.2 million USAID mission in Afghanistan and continued extensive activities in Bangladesh, Ethiopia, Ghana and Guatemala.

A former senior Fulbright scholar to Australia, Leslie conceived and leads the award-winning K-State Australia Initiative, a unique international university activity that has brought more than $6 million in research funding to the university and includes a distinctive partnership with Fulbright Australia. K-State hosts a Distinguished Fulbright Chair in Agriculture and Life Sciences for an eminent Australian researcher. Through the Oz-to-Oz program, K-State brings all faculty-level Australian Fulbrighters to K-State for a professional visit with colleagues on campus. This program was recognized for excellence by the International Institute of Education with a Heiskell Award.

Since 2000, Leslie has organized and co-taught the Fusarium Laboratory Workshop annually in Kansas and in six other countries, attended by more than 700 people from more than 70 countries.

Leslie joined K-State in 1984 and was named a university distinguished professor, the university's highest faculty ranking, in 2011. He earned his doctorate from the University of Wisconsin, Madison and has experience as a postdoctoral fellow at Stanford University and as a research microbiologist in industry. 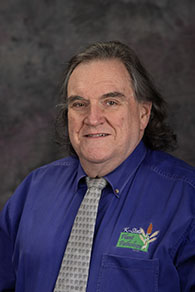