Sleichter is receiving a 2022 Harry S. Truman scholarship for her academic excellence, leadership and commitment to a career in public service.

The Truman scholarship is a highly competitive national award that provides up to $30,000 for graduate studies, leadership training, career counseling, and special internship and fellowship opportunities within the federal government. According to the Truman Foundation, 58 scholarships were awarded this year from a candidate pool of 705 students nominated by 275 colleges and universities.

"We wish to congratulate Katie on this tremendous honor," said President Richard Linton. "She joins a long line of K-State Truman scholars committed to public service. Katie's dedication to understanding global cooperation and food insecurity shows how K-Staters put our land-grant mission into action to advance the well-being of Kansas, the nation and the world. She represents the best of K-State, and we are so proud of her."

Sleichter also is pursuing a secondary major in global food systems leadership at K-State. After graduation, she plans to earn a Master of Foreign Service at Georgetown University. She wants to pursue a career in the foreign service as a political officer or a public diplomacy officer so that she can increase global cooperation on borderless issues.

"Many of the issues that are facing the world, such as food security, climate change and the refugee crises, require collaboration between not only a variety of different organizations but also many countries," Sleichter said. "I believe that by studying foreign service at a graduate level, I will be better equipped to begin tackling issues such as these through increased global cooperation during my career."

Sleichter grew up on a vegetable farm in rural Kansas, which has inspired her passion for addressing food insecurity and other global issues. Her family has lived in rural Kansas for more than a century.

At K-State, Sleichter is a food security scholar, which is a leadership program for students interested in understanding food systems and challenging the way we think about food insecurity. She is involved in International Buddies and the Food Recovery Network and is a coordinator for International Service Teams. She has been selected into Blue Key Honor Society and will serve as the director of leadership programming for 2022-2023.

She also has been involved in the Kansas State University Student Foundation, Student Governing Association as the campus culture director, Quest Freshman Honorary and West Hall governing board. She is a Hagan scholar, 4-H Key Award recipient, Borlaug scholar and Kansas honors scholar. She has received an FFA state degree and an animal science academic achievement award.

Sleichter is the daughter of Jay and Linda Sleichter and is a 2019 graduate of Clay Center Community High School.

K-State undergraduates who aspire to careers in public service and who are interested in competing for the Truman scholarship in a future application cycle are encouraged to contact Jim Hohenbary in the Office of Nationally Competitive Scholarships for more information at jimlth@k-state.edu or 785-532-3422. 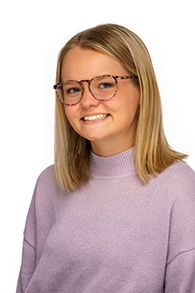