Three alumni honored with induction to Engineering Hall of Fame

MANHATTAN — The Carl R. Ice College of Engineering at Kansas State University will induct three new members into its Hall of Fame on March 5.

Induction to the hall is the highest honor bestowed on its alumni by the college. Honorees are recognized for their professional success and accomplishment, involvement with and support of the College of Engineering, dedication to K-State, and professional and public service.

The following are members of the class of 2022:

Cindy Wallis-Lage, Leawood, graduated from K-State in 1985 with a bachelor's degree in civil engineering. She is currently the president of Black & Veatch's water business, Kansas City, Missouri, and a member of the company's executive committee and board of directors. As president, she is responsible for the overall leadership and management of the company's global water organization. She joined Black & Veatch in 1986 and served in a variety of leadership and technical roles before becoming president in 2012. A licensed professional engineer, she has been involved with more than 100 water facilities worldwide and is recognized as an industry expert and a champion for the true value of water. She has earned numerous accolades in the water, STEM and engineering fields and co-developed a patent for biological nutrient removal configuration, which was later gifted to the public domain. Wallis-Lage has served on the engineering and civil engineering advisory councils for K-State. Originally from Topeka, she also holds a master's degree in environmental health engineering from the University of Kansas.

Larry E. Erickson, Manhattan, attended K-State from 1957-1964 and received a bachelor's degree and doctorate in chemical engineering, the first at K-State. He began his service as a faculty member in 1964. In 1985, he began providing leadership for research on hazardous substances. In 1989, K-State received funding to establish a hazardous substance research center that included several partner universities in EPA Regions 7 and 8. New phytotechnologies, in which plants provide beneficial remediation services at low cost, have been developed and implemented at the Riley County landfill and many other locations. Erickson retired in 2015 but has continued to teach seminar classes and conduct research. He has co-authored many publications and received many awards. He and his wife, Laurel, have made contributions to K-State for a public service award, a graduate fellowship and other purposes. Erickson has been active in providing public education related to sustainable development by helping with three books.

Michelle Munson, Berkeley, California, graduated in 1996 with bachelor's degrees in electrical engineering and physics. She is currently the co-founder and CEO of Eluvio, the software pioneer behind the Content Fabric, the first blockchain-based scalable content distribution network for premium video. Munson previously co-founded Aspera in 2004 and led the company as CEO until May 2017, including through acquisition by IBM in 2014. Munson holds 12 U.S. patents and is a frequent speaker in the areas of content networking, machine learning, blockchain and cloud infrastructure. She was the 2019 Kansas State University College of Arts and Sciences commencement speaker and the 2006 Alumni Fellow for the College of Engineering. She was a Goldwater Scholar for achievement in science and mathematics, and later was a Fulbright Scholar at Cambridge University, where she received a postgraduate diploma in computer science. Munson is an active runner, CrossFit member and continues her lifelong interest in dance. She and her husband, Serban Simu, have two young sons, Aidan and Kieran. 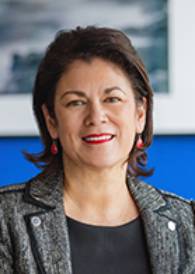 Cindy Wallis-Lage will be inducted into the Carl R. Ice College of Engineering Hall of Fame at Kansas State University on March 5. 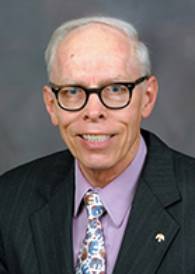 Larry Erickson will be inducted into the Carl R. Ice College of Engineering Hall of Fame at Kansas State University on March 5. 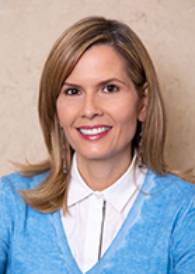 Michelle Munson will be inducted into the Carl R. Ice College of Engineering Hall of Fame at Kansas State University on March 5.