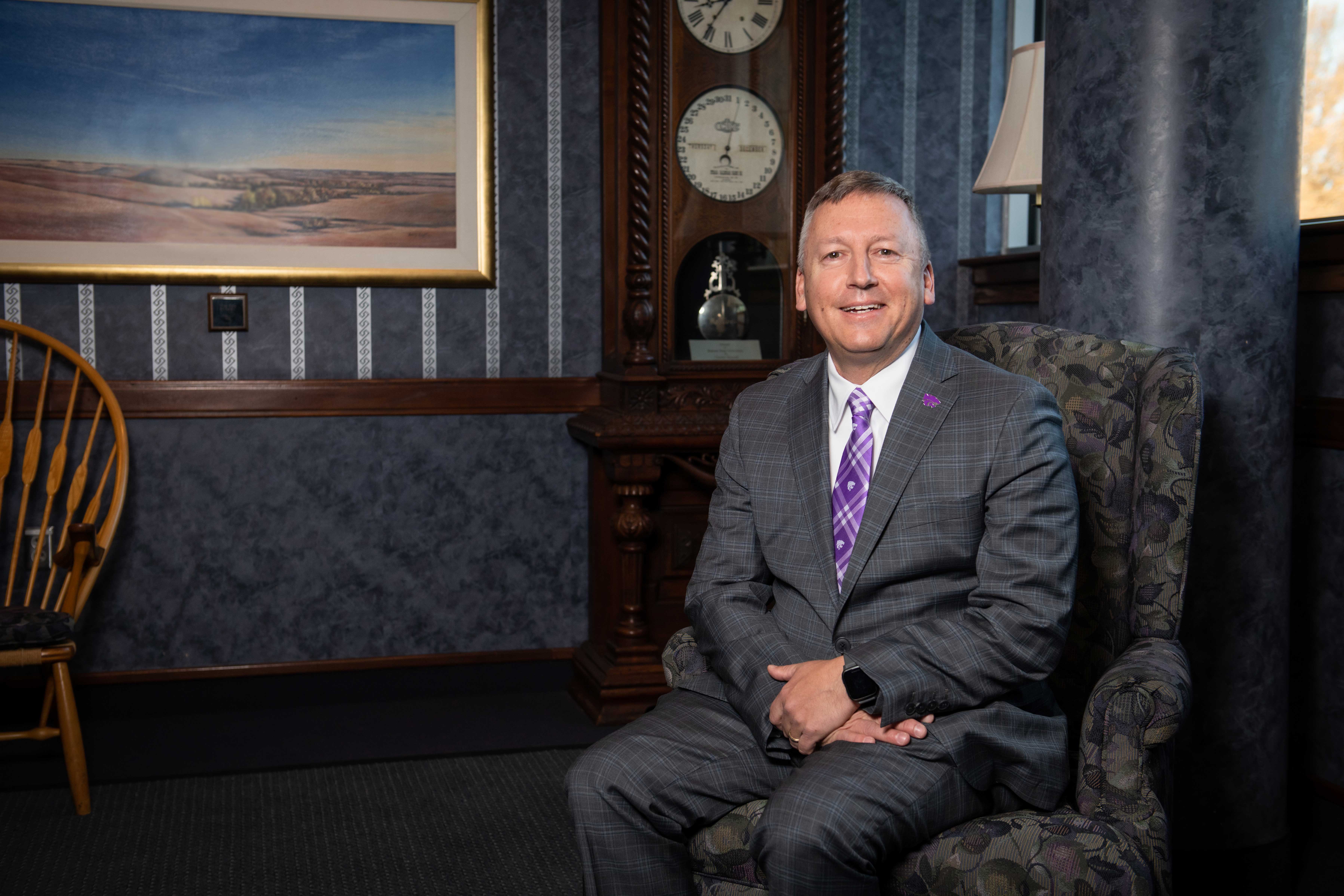 Richard Linton, dean of the College of Agriculture and Life Sciences at North Carolina State University, has been selected as Kansas State University's 15th president. | Download this photo.

MANHATTAN —Valentine's Day 2022 will bring a new president to Kansas State University. Richard Linton was selected as the 15th president of K-State by the Kansas Board of Regents at a Dec. 2 meeting on the Manhattan campus and plans to start his new job on Feb. 14.

Linton is the dean of the College of Agriculture and Life Sciences at North Carolina State University. Until he arrives on campus in mid-February, current K-State President Richard Myers will remain at the helm. While Linton wraps up his responsibilities at NC State, he and Myers will also start on leadership transition plans.

"I am honored to take on the role of president of Kansas State University," Linton said. "The university is on an exciting trajectory, and its community has a contagious passion, culture and connectivity. I'm energized to help K-State forward and build on this positive momentum.”

Linton is strongly connected to land-grant institutions, which is one of the reasons why he applied to become the next president of K-State. He earned his bachelor's degree in biology, master's degree in food science and doctorate in food science from Virginia Tech. From 1994-2011, he was a food science faculty member, director — and founder — of the Center for Food Safety Engineering and associate director of agricultural research programs at Purdue University. He served as department chair of food science and technology at The Ohio State University from 2011-2012 before accepting his current position with NC State.

During his 27-year career, Linton has published over 60 referred journal articles, 11 textbooks, and over 75 Extension publications. He has also presented over 250 invited talks at state, national, and international meetings and has received more than $15 million in research funding.

Once he arrives at K-State, Linton said he plans to spend his initial time listening and learning.

"I will be spending a lot of my early time getting to know all of you both on campus and off campus, and listening and learning about the Kansas State culture and your programmatic direction," Linton said. "I want to know your aspirations and your dreams for the future, and I want to help find pathways to get there. I can't wait to be your president, and go Cats!"