MANHATTAN —Megan Niederwerder, assistant professor of diagnostic medicine and pathobiology in the College of Veterinary Medicine at Kansas State University, will lead a new $513,000 research project to characterize African swine fever virus survival and transmission after introduction onto a farm. She will serve as the principal investigator on the two-year grant award from the National Pork Board and the state of Kansas National Bio and Agro-Defense Facility Fund.

Niederwerder's research focuses on preventing the deadly swine virus from reaching the U.S. This includes determining the risk and mitigation of potential virus introduction routes, such as imported feed ingredients through which the virus could be transmitted to domestic pigs. The new grant award extends this work into virus preparedness. Data generated in her laboratory will help improve the response to virus detection in the U.S.

"While our primary goal is to prevent African swine fever virus introduction into the U.S., we have to be prepared for a swift and effective response should the virus ever enter our country," Niederwerder said. "Goals of the ongoing African swine fever virus research in my laboratory are not only to develop strategies for prevention, but to also broaden detection capacity and validate best practices for elimination."

Over the last decade, African swine fever virus has spread at an unprecedented rate to new countries and regions. In the last few months, the virus was detected in the Dominican Republic and Haiti, becoming the first confirmed cases of the virus in the Western Hemisphere in almost 40 years. As the virus spreads closer to the U.S., it is critical that the nation continues to invest in prevention and preparedness, Niederwerder said.

If African swine fever were to reach the country, Niederwerder and her team hope that their research will help U.S. pig farmers eliminate the virus as quickly as possible. To this end, they are seeking to identify new tools and protocols that can be implemented at the farm level.

"African swine fever virus is very stable under certain conditions and in certain materials, so decontaminating the environment is critical to reducing the time and spread of an outbreak," Niederwerder said. "If we can shorten the period from when the first infected animal is identified to the time when the farm is ready to repopulate and raise healthy pigs, this reduces the economic impact on pork producers."

Time will be of the essence if the virus enters the U.S. It is estimated the virus would cause losses to the pork industry between $15 billion to $50 billion, depending on the length and extent of the outbreak. Limiting animal and economic losses is why the country's main goal has to be controlling the virus's spread and eradicating it rapidly, Niederwerder said.

Because of the lack of a vaccine, African swine fever virus's impact on trade and exports is the most significant threat to global pork production. Although the virus does not affect human health and only infects pigs, the economic impact of this virus affects broad agricultural commodities and markets because pork is the most widely consumed protein worldwide. 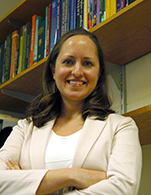