This year's winners are Caterina Scoglio, professor in the Mike Wiegers Department of Electrical and Computer Engineering, and Barbara Valent, university distinguished professor of plant pathology.

The award, supported by the William T. Kemper Foundation and the Commerce Bancshares Foundation and coordinated by the K-State Graduate School, honors current members of the graduate faculty who are recognized nationally and internationally for their outstanding scholarly achievements and for their contributions to graduate education at the university. Award recipients receive an honorarium and will deliver public lectures on their research to the campus community.

"Drs. Scoglio and Valent exemplify why Commerce Bank and the W.T. Kemper Foundation have long supported this award to recognize Kansas State University's most outstanding graduate faculty," said Shawn Drew, market president and CEO of Commerce Bank, Manhattan. "Both are wonderful educators and researchers, and they care deeply about their students. We are honored to recognize them for their outstanding work."

As an internationally recognized expert in the field of network science and contact-network models for epidemic spreading, Scoglio's work has been transformational. Her research team developed the generalized epidemic mean field modeling software, which has been widely adopted by other researchers and applied to modeling of many infectious diseases. Scoglio and her research group are often sought out for research proposals in response to new epidemics. Her team's work in the last year has been particularly significant as the team produced accurate predictions of the spread of COVID-19 in Wuhan City, China, and of the Uganda cases of Ebola in 2019.

Scoglio's research has been supported by more than $11 million in funding. She has over 100 journal publications, 73 conference presentations and has given over 35 invited talks.

In addition to her outstanding accomplishments in research, Scoglio has made important contributions to graduate education at K-State. She has mentored 23 master's students and 18 doctoral students who have been successful in both academia and industry careers in the U.S. and abroad. Scoglio's strong mentoring is also evidenced by many of her students being selected for outstanding graduate student awards in the electrical and computer engineering department.

Scoglio earned her doctorate in engineering from the University of Rome. She joined K-State's electrical and computer engineering department in 2005. Her work has been recognized with several awards from K-State, including the Engineering Distinguished Researcher Award, the Frankenhoff Outstanding Research Award, Steve Hsu Keystone research faculty scholar, Professorial Performance Award and the Research Proposal Teamwork Award.

An internationally recognized scholar, Valent has made high-impact contributions to our understanding of plant diseases that threaten global food security. She has spent decades studying fungal diseases — blasts — in rice and wheat, which threaten crops both in Kansas and worldwide. Valent's research team pioneered microscopic techniques for visualizing molecular plant-microbe interactions in real time. Her work has been influential and has been adapted by peers to study other plant-pathogen interactions.

Valent has been successful in securing over $14 million in grant funding as principal or co-principal investigator. She has authored more than 130 peer-reviewed articles with over 19,700 citations. Much of Valent's work has been published in elite and highly interdisciplinary journals. For her work published in The Plant Cell, she was named "Top Author" by the American Society of Plant Biologists.

Valent's contributions to graduate education at K-State include serving as chair of the interdepartmental genetics program since 2004. In this role, she has provided administrative and academic leadership and worked to establish the Genetics Doctoral Fellowship Program. Valent provides guidance to many students in the program and has directly advised seven graduate students. In 2010, her support and mentorship were recognized by students in the plant pathology department with their Mentor Award.

Valent earned her doctorate in biochemistry from the University of Colorado. She joined K-State's plant pathology department in 2001. In 2002, she earned K-State's highest academic ranking of university distinguished professor. She also has earned national recognition for her work, including being recognized as a fellow of the American Phytopathological Society and of the American Association for the Advancement of Science. She received a Lifetime Achievement Award in Rice Blast Research in 2019 and was elected to the National Academy of Sciences in 2020. 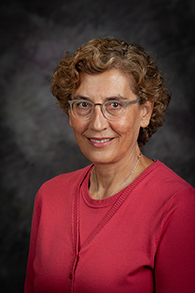 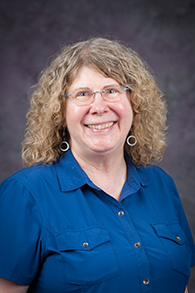