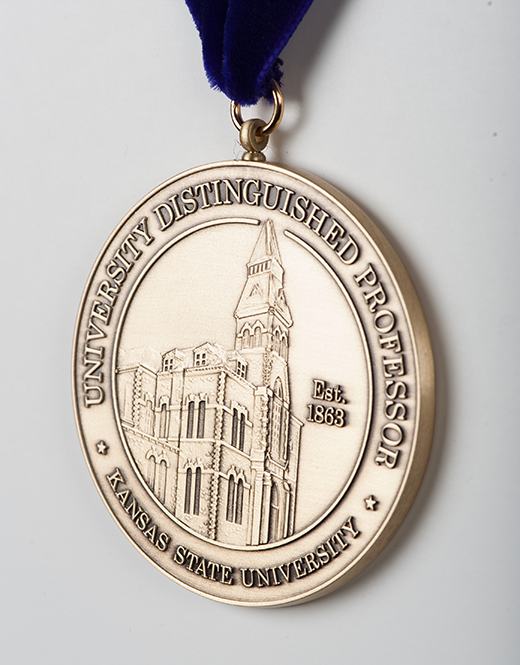 Kansas State University has named Eduard Akhunov and David Yetter as 2021 university distinguished professors. This is the highest honor the university bestows on its faculty members. | Download this photo.

The title of university distinguished professor is the highest honor the university bestows on its faculty members and recognizes their outstanding contributions to teaching, research and service to their professions and communities.

"Dr. Akhunov and Dr. Yetter are both extraordinary leaders in their research fields, well-deserving of the highest faculty honor at Kansas State University," said Charles Taber, university provost and executive vice president. "I am delighted that they were selected by a committee of university distinguished professors to join their ranks, and I know that they will continue to bring great credit to K-State as UDPs."

University distinguished professors are appointed following a universitywide nomination and evaluation process conducted by the provost. Akhunov and Yetter will receive a personalized plaque and medallion at the university's fall 2021 commencement ceremonies.

Akhunov serves as the director and principal investigator of the International Wheat Yield Partnership's Winter Wheat Breeding Innovation Hub, which was established at K-State in 2020. The hub is a public-private partnership among national and international wheat breeding programs, government organizations and industry and is funded by a grant from the U.S. Department of Agriculture National Institute of Food and Agriculture. The partnership's main goal is to translate research findings into improved wheat varieties for U.S. growers.

His research group led the development of major open-access technological platforms for characterizing the wheat genetic diversity and creating a worldwide catalog of genomic variation in wheat to establish public resources for breeding and genetic applications. The Akhunov Lab's work advanced understanding of the mechanisms of wheat resistance against a stem rust disease that could cause devastating epidemics severely reducing crop production. This research opened new opportunities for designing resistant wheat varieties using biotechnology and developing strategies for predicting the virulence of emerging strains of rust pathogens. His team leads efforts to deploy the CRISPR genome-editing technology for improving disease resistance, yield and quality traits in wheat germplasm.

Akhunov joined K-State in 2007 and has advised 25 graduate students and postdoctoral scholars. His research has been supported by nearly $40 million in funding from organizations such as the USDA National Institute of Food and Agriculture, the National Science Foundation, the Kansas Wheat Commission and the Bill and Melinda Gates Foundation. His work also has resulted in more than 90 peer-reviewed papers, four book chapters, one patent and more than 100 speaking invitations. He serves on the editorial boards of two scientific journals.

Akhunov was noted as the Highly Cited Most Influential Researcher by Web of Science Group in 2018. He received the 2016 Outstanding Papers in Plant Genetics Resources award from the Crop Science Society of America and the 2014 USDA NIFA Partnership Award for Program Improvements Through Global Engagement. He is a member of the American Association for Advancement of Science, the American Association of Plant Biologists and the Crop Science Society of America.

Akhunov earned a doctoral degree from the Institute of Genetics in Moscow. Before joining K-State, Akhunov was a researcher at the Institute of Biochemistry and Genetics of the Russian Academy of Sciences and a project scientist at the University of California, Davis.

Yetter's primary area of research has been the application of category theory to low dimensional topology, including knot theory and topological quantum field theory, but he also has published papers in deformation theory, geometry, graph theory, logic and functional analysis.

Yetter's work has been supported by research grants totaling more than $1.5 million from the National Science Foundation. He has received five Faculty Development Awards from K-State to support travel related to professional development. In 2018, Yetter delivered a two-week short course at Nanjing Agricultural University in Nanjing, China. During the spring of 2020 he was a research professor with the Mathematical Sciences Research Institute.

He has given more than 45 talks as an invited speaker or presenter and published 47 journal or refereed proceedings articles. He has advised five doctoral students, served as editor of two conference proceedings volumes and written 11 widely distributed unpublished manuscripts and the monograph "Functorial Knot Theory."

Yetter is a graduate and undergraduate student advisor as well as a member of the K-State President's Committee on Religion, Spiritual and Nonreligious Diversity. He serves on numerous departmental committees. He is the co-director of K-State's mathematics Research Experiences for Undergraduates, or REU, program called SUMaR. He is a member of the Phi Beta Kappa national honor society and serves as associate editor for Applied Categorical Structures and the Journal of Knot Theory and its Ramifications.

Before coming to K-State in 1991, Yetter taught at Ohio State University, Clark University and the University of Pennsylvania. He also held research positions with the Institute for Advanced Study and with McGill University and the Groupe Interuniversitaire en Études Catégoriques in Montreal. He was a visiting fellow in mathematics at Macquarie University in North Ryde, Australia. 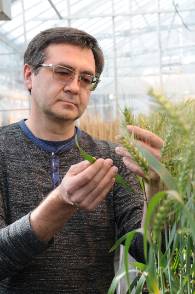 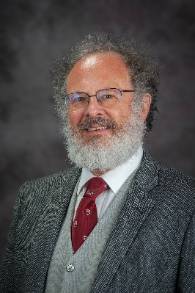