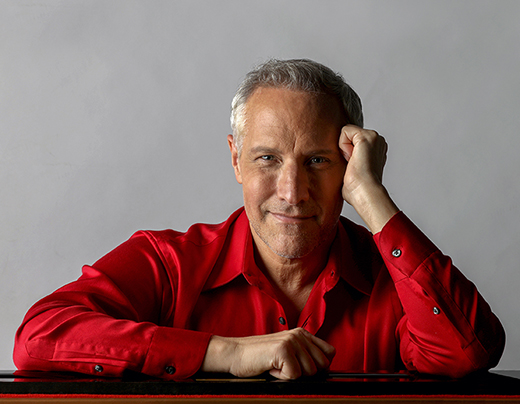 Enjoy this uplifting, family-friendly virtual concert experience from the comfort of home while supporting the arts during this challenging time. To purchase tickets and to support McCain Auditorium, go to jimbrickman.com and enter the code "lovema" at the point of sale to ensure McCain Auditorium will receive its share of ticket proceeds. The early bird ticket price of $40 is available through Jan. 31; tickets cost $50 starting Feb. 1.

The February concerts come on the heels of Brickman's virtual holiday concerts, which also were available through McCain Connected. Through these holiday concerts, Brickman was able to donate more than $100,000 to the arts across the U.S.

Per Billboard magazine, Brickman has earned 22 No. 1 albums and 34 Top 20 radio singles. He's garnered two Grammy nominations, gospel music's Dove Award, two SESAC Songwriter of the Year awards and the Canadian Country Music Award. He also has a music scholarship named for him by his alma mater, the prestigious Cleveland Institute of Music.

The author of three best-selling books, Brickman has starred in five TV concert specials and is in the 22nd season of hosting the popular syndicated radio show, "The Jim Brickman Show." The Brickman Bedtime Story podcast can be seen on Facebook LIVE and heard on Pandora, Apple Spotify and iHeart Radio podcasts every Tuesday night.