MANHATTAN — Open science is the movement to make scientific research and data accessible to all, with an end result of sharing this knowledge through the publishing of open scientific research, campaigning for open access and generally making it easier to publish and communicate scientific knowledge.

Pascal Hitzler, professor and Lloyd T. Smith Creativity in Engineering chair in the computer science department and director of the Center for Artificial Intelligence and Data Science at Kansas State University, has been awarded nearly $300,000 from the National Science Foundation for his related project, "Open Science Data in Semantic Web Research."

"It is critical we establish open science as the default practice in the academic community," Hitzler said. "Reporting a research result is more than just the manuscript. It is the actual process undertaken, the data and metadata, the implemented software and environment, and more."

The two-year-funded project will leverage the leadership and reputation of the Semantic Web journal, an open-access prominent journal published by project collaborator IOS Press, Amsterdam, the Netherlands. It is co-edited by Hitzler and co-principal investigator on the grant, Krzysztof Janowicz, a professor for geographic information science and geoinformatics, and director of the Center for Spatial Studies in the geography department at the University of California, Santa Barbara. A second co-principal investigator is Cogan Shimizu, postdoctoral fellow at Kansas State University in the computer science department and editorial assistant of the Semantic Web journal.

The team hopes to demonstrate that the open sharing of data underlying publications can be done without significant overhead and will provide significant added value. The approach can then serve as a model for other journal editors who seek a blueprint for adopting similar open science data practices.

"We will, for the Semantic Web journal, require authors to sustainably publish the data and software underlying their results, and include software and data provisions as part of the peer review assessment," Hitzler said. "We will develop technology in support of open science and will work with the community to refine the software and policies that enhance it.

"It is also important to ask questions pertaining to transparency and reproducibility, such as those regarding contributors' reviews, their published metadata and, in particular, where are the data and software that underlie their reported results? We will provide this information to researchers and the general public alongside the traditional publications. We will furthermore provide this information in the form of knowledge graphs, which makes it easily reusable by third parties' information systems."

Making the connections between these artifacts through open science practices will help to democratize research by lowering the barrier of entry to understanding and replicating cutting-edge research.

"This will simultaneously accelerate novel research by reducing the need to reimplement software or re-collect data," Hitzler said. "Connecting these components and data in a useful and understandable way is a core mission of the Semantic Web research field.

"The project will result in highly visible outcomes as part of the review and publication process of the journal, which is a leader in its field. As such, we will also promote the visibility and impact of research and outreach at Kansas State University." 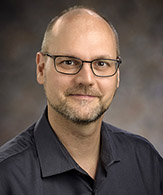