MANHATTAN — Weather is always a major story in rural Midwestern states, and the practice of forecasting weather and issuing those messages to the public in this age of multiple media channels is making the practice of weather journalism more difficult in some instances.

This will be the topic of the 20th annual Huck Boyd Lecture in Community Media by Bryan Busby, chief meteorologist for KMBC-TV in Kansas City, Missouri. The lecture will be presented at 9:30 a.m. Tuesday, March 31, in the K-State Student Union's Flint Hills Room.

The lecture will be followed by a panel discussion of television meteorologists at 10:30 a.m. Busby will be joined by Manhattan native Matt Hinkin of WATE-TV in Knoxville, Tennessee, and Matt Miller of KSNT-TV in Topeka. They will discuss problems and issues of forecasting the weather.

Coming to KMBC-TV in 1985, Busby quickly established himself as Kansas City's leading meteorologist and is considered one of the premier broadcast meteorologists in the country. He has won multiple Emmy awards and an award from the American Meteorology Society. Busby's interest in weather began in Cleveland, Ohio, when he was a child. In high school, he broadcast weather reports for two Cleveland-based radio stations. After this beginning in radio, he earned his degree in meteorology from St. Louis University.

Busby got his start as a TV meteorologist at age 17. In 1978, he began working at KTVI-TV, Channel 2, in St. Louis. Though only an intern, he was on the air after only eight weeks at the station as the weekend weathercaster. He remained in St. Louis for eight years before joining KMBC-TV. Along with his TV job, Busby also the principal timpanist for the Kansas City Civic Orchestra.

Hinkin was born in Lawton, Oklahoma. His family later moved to Manhattan and he graduated from Manhattan High School. He received his bachelor's degree in journalism and mass communications at K-State in 1987 and his atmospheric science degree at the University of Kansas. He is recognized by the American Meteorological Society as a certified broadcast meteorologist and by the National Weather Association for earning its seal of approval for meteorological competency and clear delivery of weather information.

Miller is the chief meteorologist for the KSNT Storm Track weather team and has been recognized several times by the Kansas Association of Broadcasters with the Best Weathercast distinction. Miller is a native of the Midwest and enjoys being in Kansas, covering some of the most active weather in the country.

Both the lecture and panel discussion will feature an opportunity for audience questions and answers and are free and open to the public.

Each year, the Huck Boyd National Center for Community Media and the Huck Boyd National Institute for Rural Development present awards that recognize outstanding newspaper and broadcasting community journalists. The 2020 recipients, Kelly Lenz, veteran broadcaster for WIBW-AM in Topeka, and Dick and Mary Beth Boyd, retired publishers of The Norton County Telegram, will be honored at a luncheon following the panel discussion.

The lecture series is named for the late Huck Boyd, of Phillipsburg, who was publisher of the Phillips CountyReview and a great believer in preserving small towns and small-town media.

According to Gloria Freeland, director of the center and faculty member in the A.Q. Miller School of Journalism and Mass Communications, the lecture series helps highlight the importance and contributions of community journalism in Kansas and across the nation as well as issues facing the industry. 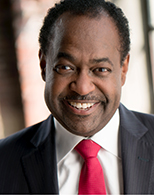 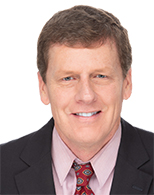 Matt Hinkin, a Manhattan native who works at WATE-TV in Knoxville, Tennessee, will be part of a panel discussion on weather journalism March 31 at Kansas State University. 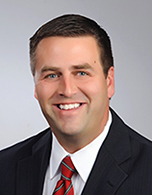 Matt Miller, chief meteorologist for KSNT-TV in Topeka, will be part of a panel discussion on weather journalism March 31 at Kansas State University.