Robert Goodband, professor of animal sciences and industry and extension swine specialist, and Michael Kanost, university distinguished professor of biochemistry and molecular biophysics, will each receive a $2,500 honorarium for their excellence in mentoring and teaching of graduate students and in research. The awards are supported by the William T. Kemper Foundation and the Commerce Bancshares Foundation and are coordinated through the KSU Foundation and the university president's office. The awardees are selected by graduate faculty members who are previous recipients of the honor.

"Both Drs. Goodband and Kanost are noted researchers in their field and they excel in the teaching and mentoring of graduate students," said Shawn Drew, market president and CEO of Commerce Bank, Manhattan. "They exemplify why Commerce Bank and the W.T. Kemper Foundation have supported this award for outstanding Kansas State University graduate faculty members for more than 20 years."

Goodband is part of a nationally and internationally known applied swine nutrition team at K-State. His research, teaching and extension programs are focused on developing, evaluating and disseminating the latest information to increase the profitability of pork producers while maintaining the highest level of animal health and welfare.

Goodband and his colleagues have developed a unique research program with cooperating swine businesses in several states across the U.S. This program has encompassed numerous research projects resulting in more than 300 peer-reviewed journal articles. It has become the most recognized applied swine nutrition program in the U.S.

Along with serving as the major professor to 15 master's and five doctoral students, Goodband has been a member of more than 100 graduate student committees.

In 2019 Goodband received the Nonruminant Nutrition Research Award from the American Society of Animal Sciences. The award recognizes an individual who has contributed to and published outstanding work in the field of nonruminant nutrition.

Originally from Walpole, Massachusetts, Goodband graduated from Pennsylvania State University in 1984. He obtained his master's degree in 1986 and doctorate in 1989, both in swine nutrition at K-State. He joined the animal sciences and industry department in 1989. His current university appointment is 40% teaching, 40% extension and 20% research.

Kanost led the sequencing and annotation of the genome of the moth Manduca sexta, an important model species for insect research. His research on caterpillars, mosquitoes and beetles has been supported with more than $23 million in grants from the National Institutes of Health, National Science Foundation, U.S. Department of Agriculture and others. He received a MERIT award, with 10 years of grant funding, from the National Institute of General Medical Sciences in 2011 in recognition of the productivity, creativity and impact of his research.

The author of more than 175 journal articles and 21 book chapters, Kanost's publications have been cited more than 18,000 times. He is a fellow of the American Association for the Advancement of Science and the Entomological Society of America. His other notable honors include the Entomological Society of America Recognition Award in Insect Physiology, Biochemistry and Toxicology; Purdue University College of Agriculture Distinguished Alumni Award; and Olin K. Petefish Award in the Basic Sciences from the University of Kansas. He earned K-State's highest academic ranking of university distinguished professor in 2005.

The major professor for 14 doctoral and nine master's students, Kanost has been a member of 105 graduate student committees. He has been a research mentor for 21 postdoctoral scientists, 42 undergraduate students and 11 visiting scientists. He teaches biochemistry courses from the 100 to 900 level. 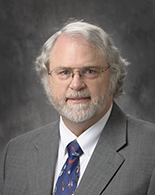