MANHATTAN — A key priority of the Kansas State University Carl R. Ice College of Engineering is to become an international leader in power and energy systems. Recent funding from the National Science Foundation is another level of advancement toward that goal.

Bala Natarajan, professor in the Mike Wiegers Department of Electrical and Computer Engineering, and his collaborator, Hongyu Wu, assistant professor in the same department, have recently been awarded more than $480,000 for a project within the National Science Foundation's Division of Electrical, Communications and Cyber Systems — Energy, Power, Control and Networks — titled "Enabling a Transactive Energy System from a Stochastic Geometry Framework."

"The power grid is an example of a complex, large-scale cyberphysical system where you have multiple levels of uncertainty across spatial and temporal dimensions," Natarajan said. "This significantly complicates the scale and number of simulations required to make meaningful and statistically valid inferences

In this project, the researchers will develop a new paradigm for operational planning that incorporates analytical approximations and stochastic bounds in place of cumbersome simulations.

"Our plan is to leverage consumer, network and system-level abstractions along with tools from stochastic geometry, graph theory and information theory to perform approximate analysis and derive probabilistic measures of performance in power networks," Natarajan said.

The project will provide tools for power system operators to efficiently plan and operate distribution systems with large penetrations of distributed renewable energy resources, electric vehicles and active consumers. The modeling and analysis framework can be used to study the robustness and resilience of not just the power network, but other large-scale complex networks, e.g., water networks, that have primarily relied on simulations and scenario analyses. 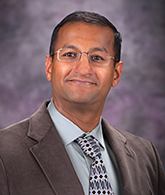