Battle of the bots: Robotics team wins regionals, on to nationals 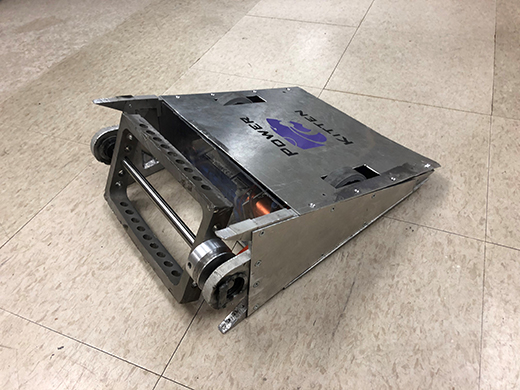 The event, sponsored by the National Robotics League, is a double-elimination, single-combat battle tournament bracket. For each battle, two teams put their robots into opposite corners and the first team to break, flip or otherwise incapacitate the other robot wins. If time runs out before there is a clear winner, a panel of judges declares a winner.

The squad from the Carl R. Ice College of Engineering competed in the 15-pound weight class against 33 other entrants. In addition to head-to-head battles, teams compete in video interviews and written documentation segments.

"We fought five times in our path to second place overall in the battle section," said Isaiah Garrett, senior in computer engineering from Lawrence and president of the robotics team. "However, our stellar interviews and documentation pulled us into first place by overall points."