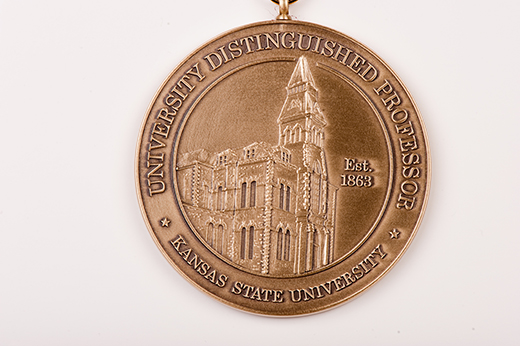 "We are excited to appoint these five individuals as our newest university distinguished professors, which recognizes those making outstanding contributions to teaching, research and service to their professions and communities," said Charles Taber, university provost and executive vice president. "The rank of distinguished professor is the highest honor bestowed by our university and will be well-represented by these five individuals."

University distinguished professors are appointed following a universitywide nomination and evaluation process conducted by the provost. The faculty members will receive a personalized plaque and medallion at the university's fall 2019 commencement ceremonies.

Specializing in organic chemistry with research specialties in chemical biology, diagnostic imaging, materials, medicine and supramolecular/nanochemistry, Bossmann was honored as the recipient of the Erwin W. Segebrecht Award for Excellence and Inspiration in Teaching, Research and Service in 2017. Bossmann also earned the honor of Stem Research Exemplar by the Research Exemplar Project of the Washington University School of Medicine in St. Louis in 2017.

Bossmann came to Kansas State University in 2004. He received his doctoral and master's degrees in chemistry from the University of Saarland in Germany. He earned a second doctoral degree in chemical and process engineering from the University of Karlsruhe, Germany. His research has been supported by organizations such as the National Science Foundation, National Institutes of Health, Centers of Biomedical Research Excellence, Anticipate Ventures LLC and the National Endowment for the Arts.

In 2018, Bossmann took leadership of the Center of Excellence for Pancreatic Cancer Research, focusing on cancer detection, drug discovery and studies involving in-vivo techniques and magnetic resonance imaging. A major goal of the center is to make earlier detection possible by developing inexpensive liquid biopsy methods that enable frequent and routine testing for onset or recurrence of pancreatic cancer.

Before coming to Kansas State University, Bossmann served as an associate professor and assistant professor at the University of Karlsruhe in Germany and as a postdoctoral research fellow at Columbia University.

Gido's research in the Fish Ecology Lab focuses on the conservation of aquatic systems in the western and central U.S., specializing in fish ecology, invasive species effects and fish assemblage structure. Gido has contributed significant findings to the field of biology with more than 120 peer-reviewed publications.

Among a number of honors and awards, Gido received the Outstanding Graduate Faculty Award from the Division of Biology in 2012. Gido also earned recognition for the George Miksch Sutton Award in Conservation Research in 2001 and the Best Paper Presentation award from the Kansas Chapter of the American Fisheries Society in 2003.

Gido has received extensive support for his research from the Kansas Department of Wildlife and Parks, National Science Foundation and Kansas State University, among others. He also is a member of several professional organizations, including the American Fisheries Society, Ecological Society of America, Southwestern Association of Naturalists and the Society of Freshwater Science. He has provided a number of professional services, serving on the editorial board of Freshwater Science, STREON working group for the National Ecological Observatory Network, and reviewing manuscripts for over 30 peer-reviewed journals.

Receiving his doctorate from the University of Oklahoma in 1999, Gido has been at Kansas State University since 2001 and was promoted to full professor in 2012. He teaches a number of courses and is a research advisor to both graduate and undergraduate students.

Kirkpatrick leads research at the Reward, Timing and Decision Lab at Kansas State University, where the focus of research involves exploring the intersection of the three subsystems that make up the reward system. Most recently, the lab has developed time-based interventions to promote self-control as potential treatments for a range of diseases and disorders.

Smith is an international authority on plant resistance to arthropods, authoring three books, 17 book chapters and 115 refereed journal articles. He has served as editor or editorial board member for five scientific journals, including Nature Scientific Reports,and has been invited to present his research at 59 conferences in the U.S. and 15 foreign countries since 1996.

Smith's research, which has earned national and international recognition, was the first to demonstrate that, within minutes, wheat plants produce molecular defenses to aphid feeding. He later identified the first strain of an aphid pest that overcomes these defenses. Smith has received over $10 million in extramural funding at Kansas State University from the U.S. Department of Agriculture, the National Science Foundation, the U.S. State Department and the Kansas Wheat and Soybean commissions.

An officer or governing board member of numerous scientific research organizations, Smith was named a fellow of the American Association for the Advancement of Science in 2015 and a fellow of the Entomological Society of America in 2006. He is an honorary member of the scientific honor societies Gamma Sigma Delta, Sigma Xi and Beta Beta Beta. A Fulbright scholar in the Czech Republic in 2002, Smith has received the Entomological Society of America 2010 Recognition Award and 2019 C.V. Riley Award. He was honored with the 2016 Lifetime Achievement Award by the International Plant Resistance to Insects Workshop.

Thumm's research focuses on numerical modeling interactions of intense pulses of laser light and of particle beams with atoms, small molecules, clusters, nanoparticles, surfaces and thin films. Thumm has three patents and has written and co-authored more than 110 publications in peer-reviewed journals and more than 300 non-refereed publications and abstracts.

Contributing to a variety of different areas of physics, Thumm's theoretical work on electron-atom collisions, light-matter interactions, highly-charged ions and plasmonic nanostructures has broader impacts on novel light sources, thermionic energy conversion, controlled thermonuclear fusion, solar-energy harvesting, catalysis, functional nanostructures, and novel electro-optical switches and detectors. He was recognized in 2014 with the Commerce Bank and W.T. Kemper Foundation Distinguished Graduate Faculty Award and in 2015 with the Senior Research Award from the Alexander-Von-Humboldt Foundation.

In 2003, Thumm and his team were the first to predict so-called "vibrational revivals" in the H2+ molecule, which were subsequently revealed in experiments at the Max-Planck Institute for Nuclear Physics in Heidelberg, Germany, in 2006, confirming in detail the team's theoretical predictions.

Thumm studied physics and mathematics in Freiburg and Heidelberg, Germany, and in Paris. He received his diploma degree and his doctorate from the University of Freiburg in Germany. He did part of his graduate studies at Oak Ridge National Laboratory in Tennessee and was a postdoc at the Joint Institute for Laboratory Astrophysics in Boulder. He spent sabbaticals at the Harvard Smithsonian Center in Cambridge, Massachusetts, the Max-Planck Institute for Nuclear Physics in Heidelberg, and at the University of Freiburg. He worked outside academia as research director at Advanced Photonics Technologies AG in Germany.

Thumm has been with the Kansas State University physics department and its J.R. Macdonald Laboratory since 1992.

Stefan Bossmann has earned the title of university distinguished professor of chemistry.

Keith Gido has earned the title of university distinguished professor of biology. 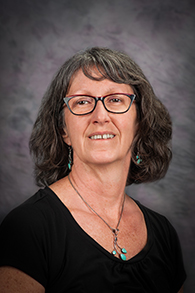 Kimberly Kirkpatrick has earned the title of university distinguished professor of psychological sciences.

C. Michael Smith has earned the title of university distinguished professor of entomology. 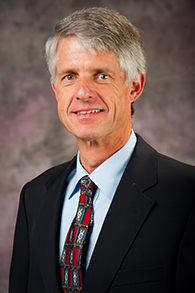 Uwe Thumm has earned the title of university distinguished professor of physics.