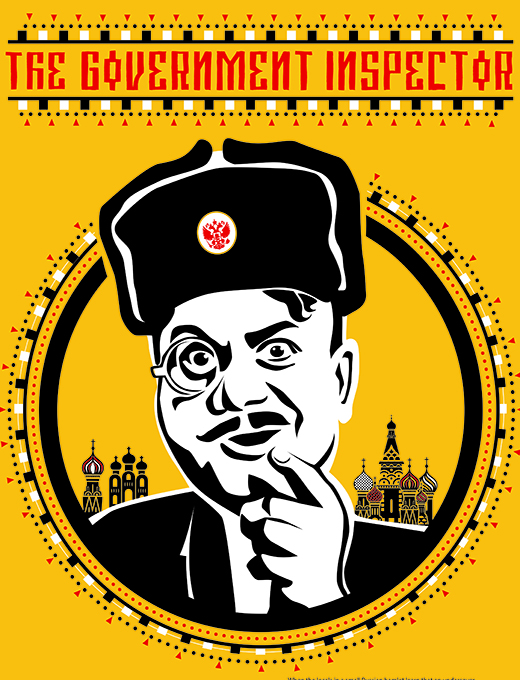 MANHATTAN — The School of Music, Theatre, and Dance at Kansas State University presents "The Government Inspector" at 7:30 p.m. April 25-27 and May 2-5 at the Mark A. Chapman Theatre in Nichols Hall.

When the locals in a small Russian hamlet learn that an undercover government inspector is coming for a surprise visit, an unfortunate case of mistaken identity sends the whole village spiraling into a world of panic, corruption and greed. "The Government Inspector," adapted from the original by Nikolai Gogol, is a comedy of errors that provides clever commentary on the extensive political wrongdoing of Imperial Russia.

Tickets are $16 for the general public; $14 for seniors, military, faculty and staff; and $11 for students and youth. They can be purchased online at k-state.edu/mtd/tickets or by calling 785-236-8638. Tickets may also be purchased at the Nichols Hall box office. All tickets, regardless of purchase method, include sales tax and are free from convenience fees.

The following Kansas State University students are part of the cast or crew for "The Government Inspector":

From out of state: Elizabeth Kritikos, senior in theatre, New Lenox, Illinois, as Luka Lukawich/Soldier's mother.