After the Hale Library fire, an unexpected gift from Lawrence Public Library 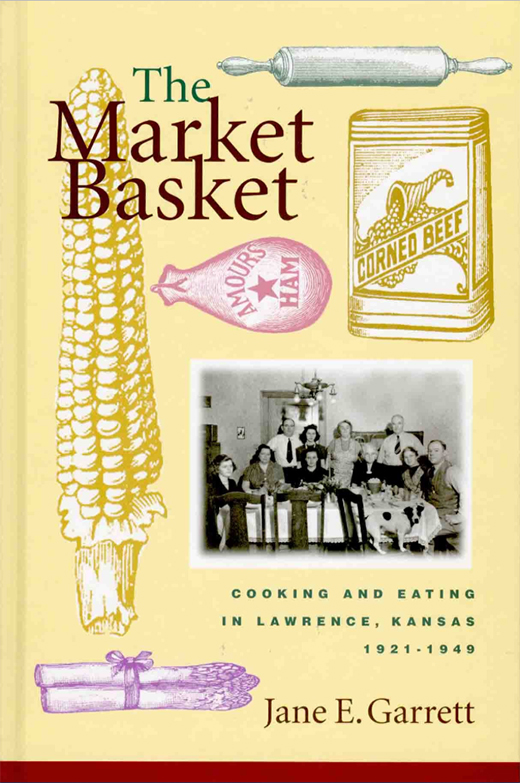 "The Market Basket Cooking and Eating in Lawrence, Kansas 1921-1949" was among the donated cookbooks from the Lawrence Public Library to the K-State Libraries cookery collection. | Download this photo.

MANHATTAN — When Kansas State University's Hale Library experienced a devastating fire on May 22, 2018, librarians from around the state reached out to share their concern. In one unexpected instance, concern grew into a donation of books from the Lawrence Public Library in Lawrence.

Angela Hyde, program coordinator for the Friends of Lawrence Public Library, was looking at donated cookbooks amassed for the Lawrence Public Library's book sale last winter. Normally these books are sold for a few dollars each. A community member broached the idea of donating books to K-State Libraries after the fire, and Hyde's board of volunteers enthusiastically supported passing along their cookbooks in order to build Kansas State University's extensive cookbook collection.

The K-State Libraries cookery collection in the Richard L. D. & Marjorie J. Morse Department of Special Collections is one of the top research collections of its kind in the United States. It contains thousands of items that date from 1487 to the present. The collection also features a vast trove of publications generated by American communities and churches, as well as very rare manuscript cookbooks from the 17th through 20th centuries.

"We get so many of these books donated to us," Hyde said. "Some of them sell in our book sales, and some of them linger on the shelves for years."

It's a generous gift for several reasons.

"I was floored when Angela contacted me with her offer," said Roger Adams, rare books librarian at K-State Libraries. "No other public library has ever made this kind of gesture, and it's of specific value for the Morse Department of Special Collection's work in amassing cookbooks that document the food history of the state of Kansas."

Adams said that so many communities have organizations that have put out cookbooks on a regular basis going back for years and that they are difficult to collect.

"We don't hear about many of them because they have such a local audience," Adams said. "They're also part nostalgia — you might find grandma's recipe that you loved as a kid — and many people don't want to give them up. But they're also a valuable snapshot of how a community eats. As you travel around not just Kansas but all over the U.S., you discover unique local fare."

Adams said that most people are familiar with these community cookbooks — the kind a church or civic group compiles from its membership — but he doesn't know that most people think about their value to food historians.

"They're a document of a place in time, what foods were available, and oftentimes the ethnic backgrounds of its citizens," he said.

In all, the Lawrence Public Library donation includes 55 cookbooks that date back to the 1970s. They arrived this winter, and Hyde says they will have more boxes to send to Manhattan soon.

"The first examples of community cookbooks date back to the 1860s, so they're not hugely old, but we rely on donors for these kinds of materials," Adams said. "Other libraries aren't collecting them in the state as a Kansas cookery collection."

But Adams said K-State Libraries is always looking to fill in the gaps.

"For example, it's pretty rare for a community cookbook to show up from a county in the far western end of the state," Adams said. "It's also highly unlikely that a book dealer or another outlet would contact us about something like that, but it's really valuable in documenting the state's food history."

While Hale Library is undergoing renovation, the collections are in storage. These cookbooks will join them for now, but they'll be a valued donation when the books return to the Richard L. D. & Marjorie J. Morse Department of Special Collections.

To learn more about donations that align with the collecting goals for the K-State Libraries cookery collection, contact Adams at rcadams@k-state.edu.