"The national applicant pool for the Critical Language Scholarships is surprisingly large and really competitive, so this is an impressive recognition for Lauren and Kate," said Jim Hohenbary, director of the university's Office of Nationally Competitive Scholarships. "In addition to being a great opportunity for language study, the program affirms and builds upon their prior accomplishments."

The scholarship program requires students to only speak the target language for the duration of the program. Each student will be immersed in the language by attending up to five hours of language class a day for five days a week in addition to cultural excursions and staying with a host family.

"This program is going to really push my language abilities to the next level and will allow me to go much deeper in my study of Russian language through independent study," Ailslieger said.

Ailslieger started studying Russian in high school and developed a passion for the language after she visited Russia in 2016. Since that time, she's taken all levels of Russian language classes at Kansas State University and is looking forward to being immersed in the language and culture.

"Aside from all of the practical reasons to study Russian — such as its role in the global economy and U.S.-Russia relations — it is a beautiful language," Ailslieger said. "It's this huge puzzle and it's so fascinating putting all of those pieces together."

Ailslieger is a member of Alpha Delta Pi, where she serves as chapter foundation ambassador. She also is president of Creators and incoming vice president of the Intercollegiate Horse Show Association hunt seat team. She graduated from Washburn Rural High School and she is the daughter of Kris and Rhonda Ailslieger, Topeka.

Tietzen started learning Arabic in 2014 to read documents written in the language as part of her graduate research on Iraq in the Cold War. She traveled to Oman for Arabic training in summer 2018 and said she is excited to visit another Arabic-speaking country.

"The Critical Language Scholarship program will not only help me continue my language development and improve my proficiency, but also give me that edge later when I started applying for jobs," Tietzen said. "Whether the jobs are academic or nonacademic, this program is extremely selective and highly respected in both camps."

In addition to the Critical Language Scholarship, Tietzen has received the Hoover Institution and Archives Silas Palmer Research Fellowship, Smith Richardson Foundation World Politics and Statecraft Dissertation Fellowship, The Society for Historians of American Foreign Relations' Michael J. Hogan Foreign Language Fellowship, and the Foreign Language and Area Studies Fellowship. She received her bachelor's degree from the University of Wisconsin, Madison and her master's degree from Clemson University. She is the daughter of John and Janet Tietzen and a graduate of Kelowna Secondary School in Kelowna, British Columbia.

Kansas State University students interested in applying for the Critical Language Scholarships or any nationally competitive scholarship can visit Hohenbary in 215 Fairchild Hall or contact him at 785-532-3422 or jimlth@k-state.edu. 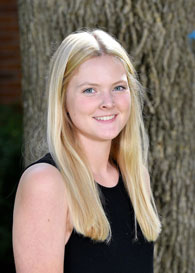 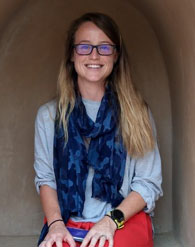