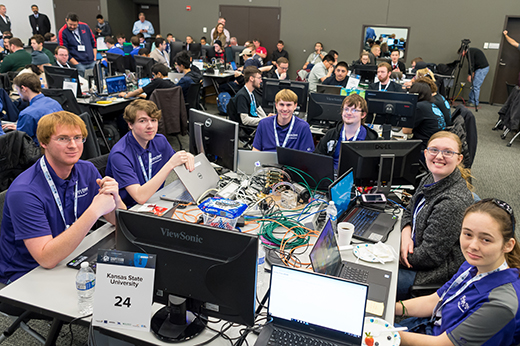 "I am happy with how we came together as a team and competed alongside some of the most talented students in the country," said BreAnn Anshutz, president of the K-State Cyber Defense Club and senior in computer science, St. John. "The entire team put in a lot of hard work and late nights, truly going above and beyond. The competition included some very unique and clever challenges, and I am immensely proud that we were able to solve them and persevere."

The competition is designed to develop the next generation of cybersecurity professionals to improve the nation's critical energy infrastructure and ensure energy security. It is sponsored by DOE's Office of Cybersecurity, Energy Security, and Emergency Response.

The competition replicated a real-life scenario. During the competition, students defended a simulated oil transportation network, a power delivery system and a high-performance computing system against attacks created by experts from the national labs, the private sector and the National Guard.

"I am extremely proud of our students and their latest success at the CyberForce Competition," said Eugene Vasserman, associate professor of computer science, faculty adviser to the club and director of the Kansas State University Center for Information and Systems Assurance. "The event is more than a competition; it also gives our students the chance to test their knowledge and improve their skills in a real-world scenario. Our students have shown that they can rise to the occasion."

Russell Feldhausen, instructor of computer science, served as faculty mentor during the competition.

Hauser and Fleming are recipients of the CyberCorps: Scholarship for Service program. 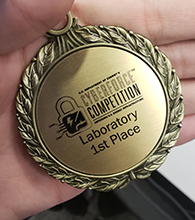