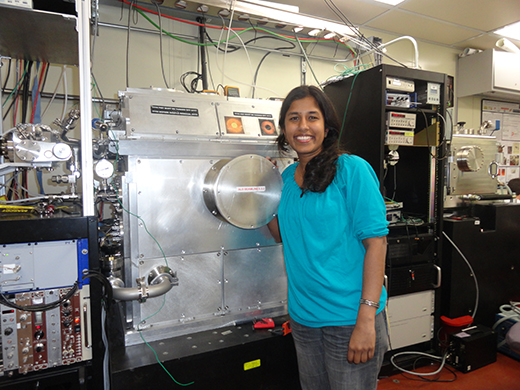 MANHATTAN — Healthy soil contains carbon — and a mystery. Some carbon remains in the soil for millennia, but some decomposes quickly and escapes into the atmosphere.

The latest research from Ganga Hettiarachchi, Kansas State University professor of soil and environmental chemistry in the department of agronomy, is helping scientists solve this mystery.

Scientists who want to keep carbon in the soil previously thought that some types of carbon were more stable than others, but recent work has suggested that all carbon is degradable. Hettiarachchi and her research team have applied a new technique to studying soil chemistry and found direct evidence that the surrounding environment and management practices heavily influence soil carbon stability.

Their study, "Sub-micron level investigation reveals the inaccessibility of stabilized carbon in soil microaggregates," is published in Scientific Reports, a Nature research journal.

Hettiarachchi led a team that mapped chemical information in tiny soil samples by adapting imaging and analysis techniques used in other fields, such as material and biological sciences. Using scanning transmission x-ray microscopy coupled with near edge x-ray absorption fine structure spectroscopy, known as STXM-NEXAFS, for soil — plus analyzing the data — was challenging, but it provided simultaneous gathering of both spatial and chemical/physical information. Hettiarachchi said the years-long project yielded worthwhile results.

"We know soil has the potential to be a 'sink' for carbon," she said. "Understanding the mechanisms of carbon storage, or sequestration, can help us choose management practices that encourage carbon sequestration."

Carbon sequestration helps farmers maintain soil health and productivity and protects against climate variability. Hettiarachchi's study found that no-till management practices and crop rotations helped protect carbon in the soil in the long term. The researchers used soil samples that came from Brazil, a tropical agroecosystem, under these management practices for a period of 25 years. Preparing samples required saturating them with water, snap freezing them with liquid nitrogen, cutting them with a diamond knife and then taking them to collect spectromicroscopic data at Advanced Light Source in Berkeley, California, and Canadian Light Source in Saskatoon, Saskatchewan. The team used traditional bulk soil analysis techniques to complement their results.

"Although it was challenging, the technique we used is a very powerful technique," said Pavithra Pitumpe Arachchige, a postdoctoral researcher who worked on the project with Hettiarachchi as a doctoral student. "We were able to image and study the composition of very small soil aggregates with preserved natural conditions."

"Applying novel techniques to soil carbon chemistry provides a better understanding of the role the soil microbiome plays in the fate of soil carbon," said Chuck Rice, university distinguished professor of agronomy. "Carbon is key to soil health and the environment."

"Even there, certain management practices and complex crop rotations help," she said.

The project was supported by the National Science Foundation, K-State Research and Extension and the Kansas State University Department of Agronomy. 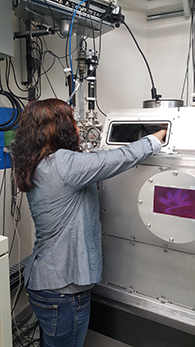