MANHATTAN — The Veterinary Health Center at Kansas State University is warning the public to be on the lookout for raccoons, especially those showing up in the daytime, as they could be a health threat to dogs.

The center's exotic, wildlife and zoo animal medicine service has seen a large number of raccoons in the clinic recently that are suffering from canine distemper.

"While we may see raccoons on a fairly regular basis, there seems to be a recent uptick in cases," said James Carpenter, professor of exotic pet, wildlife and zoological medicine in the College of Veterinary Medicine. "The raccoons are often found out during the day, showing abnormal behavior such as incoordination, difficulty in walking and aimless wandering."

"They either are just sitting back or some of them can be aggressive," said George Sears, animal control officer for the city of Manhattan. "Or they'll walk for a couple of feet, then they stumble, they fall down and sit right back up, giving us what's called the 'thousand-yard stare' — like they're staring out into nothing. That's when we usually apprehend them."

Canine distemper is a highly contagious viral disease and can spread from infected raccoons to susceptible dogs. Although not a common disease in pets, Carpenter said that the recent increase in raccoons with distemper demonstrates how the virus continues to circulate.

Because there is no way of controlling distemper in wild animal populations, Carpenter said it is important that dogs be vaccinated against this disease at 6 weeks of age and then every three to four weeks until 18-20 weeks of age. Then vaccinations should be every one to three years, depending on the recommendations of your veterinarian. The public also is advised not to permit their dogs to roam free and come in contact with wild raccoons.

In addition, Carpenter said that raccoons have the potential to carry many other diseases, including rabies, which can affect humans as well as dogs. Any abnormally acting raccoon should be reported to the local animal control office.

Starting in August, Sears said about two or three raccoons have been picked up each week in Manhattan.

"When an outbreak occurs in a raccoon population, the highest incidence is generally in late summer," Carpenter said. "The young are leaving their mothers and have more opportunity for exposure to other wild animals that are distemper-infected."

Because rabies can be clinically confused with canine distemper, the public should not attempt to capture or handle these animals.

"We try to deter the public from making any kind of engagement with the raccoons," Sears said. "We encourage them to call animal control. That way we can take proper precautions, and then we can take them away from the area. It's a safety issue."

The Veterinary Health Center recommends owners take dogs that are unvaccinated or are not current on their canine distemper or rabies vaccinations to a veterinarian. Questions can also be referred to the center at 785-532-5690. 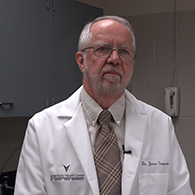 Kansas State University's Veterinary Health Center is advising the public to keep dogs away from wild raccoons as the center has seen an increase in the number of raccoons with canine distemper.