MANHATTAN — Kansas State University is honoring five professors as 2017 university distinguished professors, a lifetime title that is the highest honor the university bestows on its faculty members.

The following professors are receiving the distinction: Phillip Klebba, professor and head of biochemistry and molecular biophysics; Timothy Musch, professor of kinesiology and anatomy and physiology; Anil Pahwa, professor of electrical and computer engineering; Yan Soibelman, professor of mathematics; and Kun Yan Zhu, professor of entomology.

The distinguished professors are appointed following a universitywide nomination and evaluation process conducted by the provost. All five faculty members will receive a personalized plaque and medallion at the university's fall 2017 commencement ceremonies.

Klebba is the head of the biochemistry and molecular biophysics department. His research focuses on three areas: iron acquisition by active transport through the cell envelopes of bacteria, novel antibiotics against bacterial pathogenesis and biophysical analyses of bacterial membrane transport in living cells.

Klebba came to Kansas State University in 2012. His research and collaborative projects have garnered more than $9 million in continuous research funding since 1986, from organizations such as the National Institutes of Health and the National Science Foundation. He has more than 84 publications.

For several decades he has served as a referee for funding agencies and scientific journals. He is a managing editor for Frontiers in Bioscience and served as an editorial board member for the Journal of Biomedicine and Biotechnology and for Advances in Biological Chemistry.

Klebba spent 2002 to 2003 as a Fulbright scholar at Institut Necker Enfants Malades in Paris. He remains involved with the Fulbright Scholar Program of the U.S. State Department and is a biochemistry specialist for the program's Council for Exchange of International Scholars. In 2001 he was an international professor of the American Society for Microbiology at the University of São Paulo in Brazil.

He is a member of the American Association for the Advancement of Science, the American Society for Microbiology and the American Society of Biochemistry and Molecular Biology. Some of his career accolades include receiving the 1981 Evelyn Neizer Post-Doctoral Research Award from Stanford University, Phillipe Foundation International Scholar awards in 1993 and 2002, and a 2011 Burroughs-Wellcome Research Scholar Award at the University of California, Los Angeles.

Timothy Musch
Musch is a faculty member in the departments of kinesiology as well as anatomy and physiology. He is the co-director of the College of Veterinary Medicine's Cardiorespiratory Exercise Physiology Research Laboratory. His research interests include the mechanisms associated with exercise performance in health and disease focusing on chronic heart failure.

He came to Kansas State University in 1993 and served as the College of Human Ecology's interim associate dean for research and scholarship from 2013-2015. He has received more than $4.8 million in research funding from a variety of national organizations, including the National Institutes of Health and the American Heart Association. He has published nearly 200 peer-reviewed journals and book chapters and his work has been cited more than 7,000 times.

He has provided service to numerous national scientific organizations, including NASA, the American College of Sports Medicine, the American Physiological Society and the National Institutes of Health. He has been an associate editor and manuscript reviewer for several journals.

Anil Pahwa
Pahwa holds the Logan-Fetterhoof electrical and computer engineering faculty of distinction chair. His research focuses on reliability, automation and optimization of power distribution systems. His work has provided innovative and practical solutions for electricity distribution as well as large-scale integration of renewable energy resources in the system to decrease dependence on fossil fuels.

Pahwa joined Kansas State University in 1983. He served as the electrical and computer engineering department head from 2004 to 2007. He has engaged in 38 funded research projects with about $8.8 million in total funding, largely from the National Science Foundation. He has been the lead principal investigator on 28 of these projects. Pahwa has published more than 225 articles and reports with more than 60 refereed journal papers and his research has received more than 2,400 citations.

Pahwa is an Institute of Electrical and Electronics Engineers, or IEEE, fellow and has served in many leadership positions in IEEE Power and Energy Society, or PES, during the past 20 years, including chair of the Power and Energy Education Committee and editor of IEEE Transactions on Power Systems.

He has served on the advisory committee of DistribuTECH, a premier conference focused on automation of power distribution systems, for more than 25 years. The National Academies selected Pahwa for a 2014-2015 Jefferson Science Fellowship and he served as a senior scientific adviser in the Economic Policy Office of the State Department's Bureau of East Asian and Pacific Affairs as a part of the fellowship.

Pahwa has received several awards during his professional career, including the IEEE PES Douglas M. Staszesky Distribution Automation Award in 2012 and the Outstanding Alumni Award from Birla Institute of Technology and Science in 2014. At Kansas State University he received the College of Engineering's Erickson Public Service Award in 2011 and Frankenhoff Outstanding Research Award in 2012.

He joined Kansas State University in 1994. He has received 27 grants and awards. His work has received support from the National Science Foundation, the Max Planck Institute for Mathematics, Clay Mathematics Institute and the International Congress of Mathematicians. His research has appeared in 70 publications, monographs and proceeding volumes.

Soibelman has been a referee and editor for 21 publications and organizations, including the National Science Foundation, the National Security Agency and the European Research Council. He has given more than 175 conference presentations and lectures across the world. He has been an invited speaker at more than 50 regional and national conferences in Russia and the United States.

Soibelman received his doctorate in 1985 and his master's degree in 1978, both in mathematics from Rostov University, now Southern Federal University in Russia.

Kun Yan Zhu
Zhu has an international reputation in insect toxicology and molecular biology and his research spans from basic to applied studies. He has collaborated with more than 50 scientists in the U.S. and around the world throughout his career.

He discovered a new insecticide target gene in a major agricultural insect pest, which was cited as "a breakthrough in this toxicological riddle" by his international peers. He received a U.S. patent in 2014 for developing genetics-based insect pest management strategies.

Zhu came to Kansas State University in 1996. He has been involved in research projects that have received a total of more than $7.6 million in funding, primarily from the U.S. Department of Agriculture. He has served as an editor and editorial board member for 12 scientific journals and has peer-reviewed 395 manuscripts for 63 international journals. His research has appeared in 153 peer-reviewed publications and more than 350 presentations. He has authored 13 books and book chapters. His research has been cited more than 4,400 times.

Zhu was a postdoctoral research associate at the University of Massachusetts. He earned his master's degree and doctorate in biology from Utah State University in 1989 and 1992, respectively, and his bachelor's degree in plant protection from Zhejiang University in China in 1982. 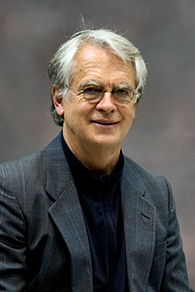 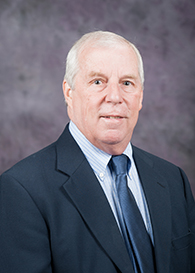 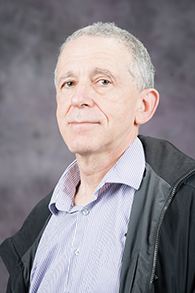 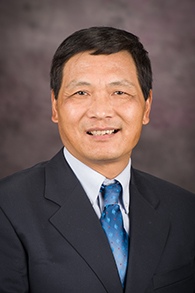 Kansas State University is honoring five professors as 2017 university distinguished professors, a lifetime title that is the highest honor the university bestows on its faculty members.