The fellowship, administered by The Washington Center for Internships and Academic Seminars, provides up to $37,500 annually for a two-year master's degree in foreign service-related fields.

"When I first met Sierra as a senior in high school, she indicated that she aspired to become a foreign service officer," said Jim Hohenbary, director of the Office of Nationally Competitive Scholarships. "Her receipt of the Pickering Fellowship is really a reflection of her determined pursuit of that goal over the last four years and it is exciting to know that the Pickering will help her toward a career in international diplomacy."

"This fellowship will allow me to fulfill my dream of becoming a foreign service officer," Lekie said. "For more than six years, it has been my dream to work for the State Department by serving as a diplomat at embassies around the world."

Lekie said that the process of becoming a foreign service officer is difficult because candidates must pass several different stages, including a written exam and oral assessment. If they fail any section, they must wait one year before starting the entire process again. Lekie will start at the School of International Service at American University in fall 2017.

"The Pickering Fellowship will provide me with the graduate education, mentorship and professional experiences necessary to succeed in becoming a foreign service officer," Lekie said. "This dream is now a reality."

In addition to her double major, Lekie is working on a secondary major in international studies and minors in Spanish and statistics.

At Kansas State University, Lekie is active in the Student Alumni Board, Blue Key Senior Honor Society and the Economics Club. She also has been involved in the Student Governing Association, the College of Arts and Sciences Ambassadors, Model United Nations, Silver Key Sophomore Honorary and Quest Freshman Honorary. She was a 2015 Harry S. Truman Scholarship nominee and a 2014 Cargill Global Scholar. Lekie is a 2013 graduate of Shawnee Mission West High School.

The Office of Nationally Competitive Scholarships 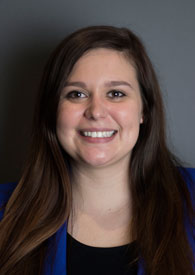