The approximately $500,000 award will allow Pavithra Prabhakar, associate professor of computer science, to design software for small vehicles — under 3 feet tall — that have varying levels of autonomy. Some will rely completely on their own sensors and programming to make decisions, while others will incorporate human intervention for direction, speed and responses to environmental factors.

"Robustness is important when vehicles are being sent into potentially changing landscapes and seascapes, especially if there is a current in the water where aquatic vehicles are operating," Prabhakar said. "Optimality is necessary not only for efficiency but also for safety because speed in dangerous areas can make the difference of whether the vehicle is able to complete its mission."

Prabhakar said her research may be important to the U.S. Navy because autonomous underwater vehicles can explore and photograph areas of the ocean floor where the Navy may not want to send humans. Other branches of the military may use autonomously driven unmanned aerial vehicles to fly over dangerous disaster areas and send information back to human decision-makers.

"In military applications, autonomy is especially crucial when human intervention could put people at risk," Prabhakar said. "On the consumer side, there will certainly be more and more autonomous systems, and the challenge is how can these systems be made more affordable so they are more widely available."

Prabhakar was one of six College of Engineering faculty members to be named as a Michelle Munson-Serban Simu Keystone Research Faculty Scholar in January. She also has received the National Science Foundation CAREER Award, a Summer Faculty Fellowship from the Air Force Research Lab and the Marie Curie Career Integration Grant from the European Union. 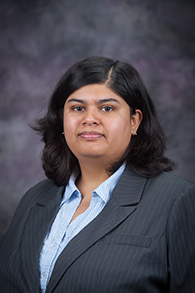 Self-driving cars, robotic vacuum cleaners and thermostats exemplify the kind of autonomous systems research that played a role in a Kansas State University faculty member receiving a Young Investigator Award from the Office of Naval Research's Science of Autonomy Program.