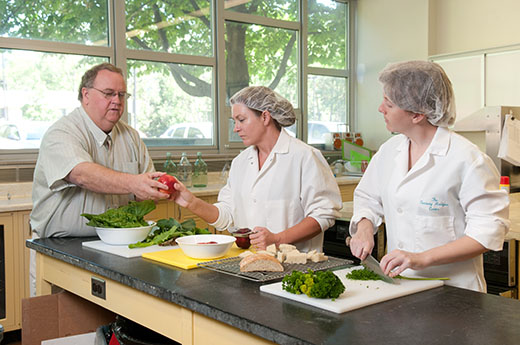 MANHATTAN — Kansas State University research is reaching kitchens and grocery stores across the country, thanks to a national campaign that promotes food safety and safe poultry handling.

The Partnership for Food Safety Education is using research from Kansas State University's Center for Sensory Analysis and Consumer Behavior for its nationwide campaign, Don't Wing It: Practice Safe Poultry Handling. The campaign is being featured by Wal-Mart, Publix and other supermarkets across the country.

University researchers conducted years of food safety studies and developed safety tips that are the basis of the campaign. These food safety tips and information will appear in grocery store signs, circular ads, poultry bags, cooler shelf tags, propane tanks and other locations throughout stores.

"Research on food safety conducted in the Center for Sensory Analysis and Consumer Behavior is key to our overall goal of ensuring that consumers get the best products and information to help them live healthy, happy, productive lives," said Edgar Chambers IV, co-director of the center and university distinguished professor of food, nutrition, dietetics and health. "The fact that a national group like the Partnership for Food Safety Education chose to use the research that we conducted as the basis of their new national campaign shows the importance of what we do."

"This is sensory science in action," Chambers said. "We conducted surveys, watched consumers in grocery stores as they shopped and watched as they stored food in homes. We also observed their cooking and cooking behavior and conducted many other food safety-focused studies."

Chambers noted that simple steps could help consumers keep poultry and meat safer. Some of the safety tips based on Kansas State University research include:

• Using meat bags in grocery stores and keeping meat in bags until getting home.

• Washing hands before and after food preparation. A university study demonstrated that 90 percent of consumers cross-contaminated food during meal preparation.

The university team will continue adding important research to the campaign in the next year, Chambers said. The center has a second location at the university's Olathe campus, where researchers are conducting studies on grilling and food safety.

The Partnership for Food Safety Education is a nonprofit organization that delivers science-based messaging to consumers to reduce risk of foodborne illness. 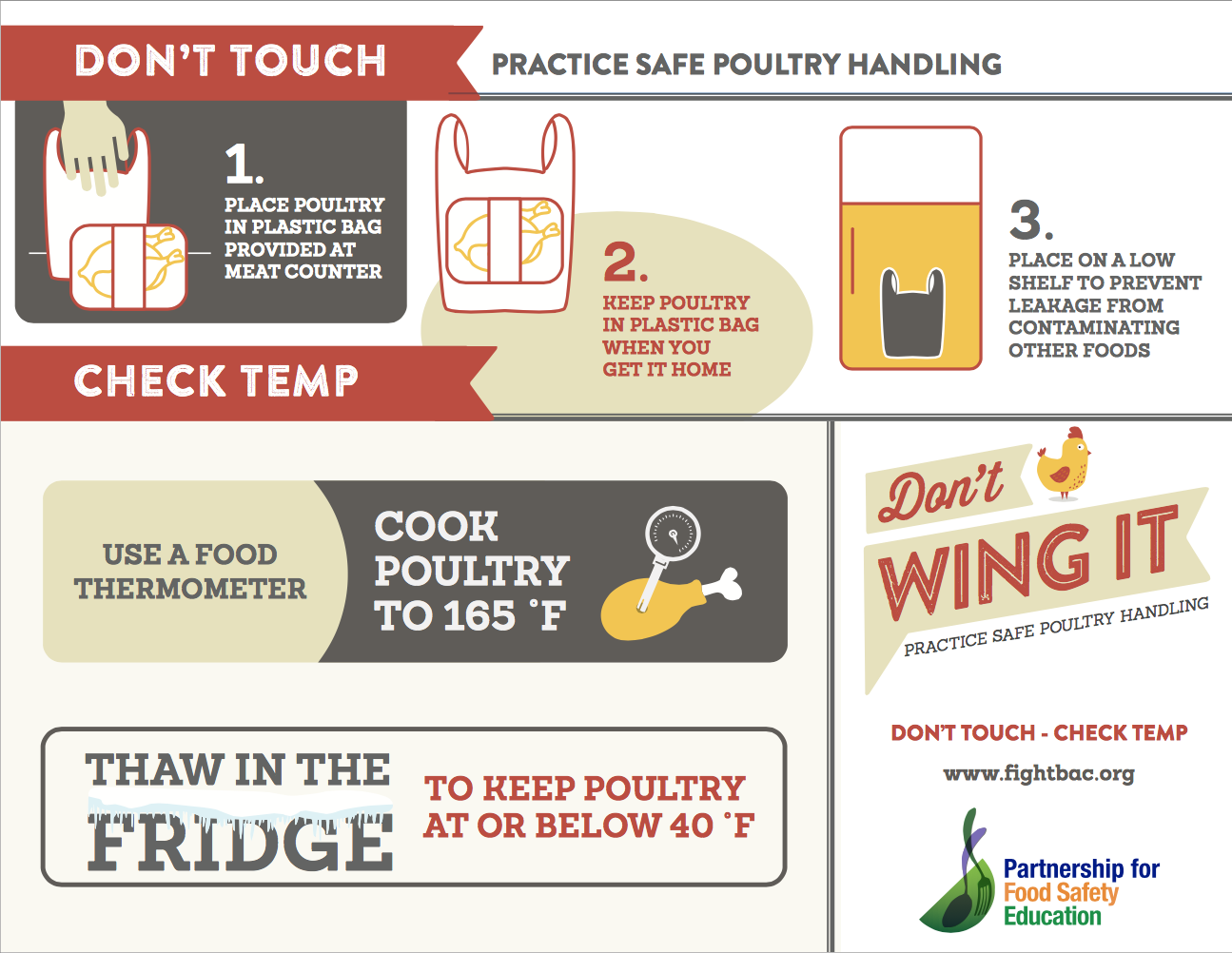 "Research on food safety conducted in the Center for Sensory Analysis and Consumer Behavior is key to our overall goal of ensuring that consumers get the best products and information to help them live healthy, happy, productive lives."