MANHATTAN — Quantum computing and entanglement will be the topic of a nontechnical lecture presented by a noted physics professor for the 2017 Chester Peterson Jr. Public Lecture in Physics at Kansas State University.

John Preskill, the Richard P. Feynman professor of theoretical physics at the California Institute of Technology, will present "Quantum Computing and the Entanglement Frontier" at 4:30 p.m. Tuesday, April 18, in 101 Cardwell Hall. The lecture is free and the public is invited.

A noted physicist, Preskill is a member of the National Academy of Sciences and a fellow of the American Academy of Arts & Sciences.

In his lecture, Preskill will discuss how the quantum laws governing atoms and other tiny objects seem to defy common sense, and that information encoded in quantum systems has weird properties that can be baffling.

Preskill will explain why he loves quantum entanglement, the elusive feature making quantum information fundamentally different from information in the macroscopic world. By exploiting quantum entanglement, quantum computers should be able to solve otherwise intractable problems, with far-reaching applications to cryptology, materials and fundamental physical science.

Preskill's lecture notes from his Caltech course on quantum computation, available online since 1997, have exerted a profound influence on the development of the subject. In 2000, Preskill founded Caltech's Institute for Quantum Information, which has become one of the world's leading centers for theoretical research on quantum information and quantum computing. In 2011, the institute became part of the Institute for Quantum Information and Matter, a National Science Foundation Physics Frontiers Center.

Preskill received a Bachelor of Arts in physics in 1975 from Princeton University, and his doctorate in physics in 1980 from Harvard University, where he was a student of Steven Weinberg. He was a junior fellow in the Harvard Society of Fellows and an associate professor of physics at Harvard before joining the Caltech faculty in 1983. He became the John D. MacArthur professor in 2002, and the Richard P. Feynman professor of theoretical physics in 2010.

Refreshments will be available at 4 p.m. in 119 Cardwell Hall. 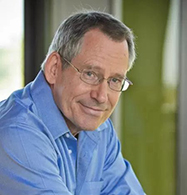 The 2017 Chester Peterson Jr. Public Lecture in Physics will be presented by John Preskill, the Richard P. Feynman professor of theoretical physics at the California Institute of Technology. The lecture, which is free and open to the public, will be at 4:30 p.m. Tuesday, April 18, in 101 Cardwell Hall.