MANHATTAN — What would school be like without traditional math and English classes every day? Education experts at Kansas State University say there may be benefits in transitioning from subject-based curriculums to an interdisciplinary approach using community problems.

The interdisciplinary model organizes educational lessons by thematic topics rather than traditional subjects, with each subject weaving in as a different lens through which to view the topic. For example, if the topic were a problem in their local community, students would be assessed on how well they addressed the problem through inquiry and learning tasks that could include:

• Statistics — understanding previous statistics and estimating future ones; creating and administering a survey and interpreting the data.
• English — building topical vocabulary and writing correspondence to experts or community stakeholders.
• Public speaking — developing and presenting a talk on their findings.
• Social studies — researching how similar problems were historically handled.

In this way, application of each subject is built into learning, along with critical thinking and problem-solving skills, according to Spencer Clark, assistant professor of curriculum and instruction. Clark has worked in several schools that did not use traditional subjects and said the students in those schools did just as well as traditional school students in state testing — and better in many cases.

One potential benefit of the interdisciplinary model is that it could help minimize students negatively identifying with a subject, Clark said.

"We know that no first-grader begins the school year saying, 'I am bad at math' or 'I don't like social studies because it's boring,' but by the end of the year in the subject-based educational model, many students start to think this way," Clark said. "With interdisciplinary learning, the subjects blend together, and students can see how they are relevant to the topic at hand."

Despite the potential benefits, the educators concede that if the U.S. were to convert nationwide to the interdisciplinary approach, major changes would have to take place, and it would be a slow process. Clark and Taylor identified some of the possible barriers:

• Resistance from the government, textbook companies and test publishers, as well as parents who are not familiar with the new concept.
• Financial investment to support the transition away from subjects, including costs of pedagogical tools for teachers and students.
• Time and money to develop and implement teacher education programs for instructors to learn the new approach.
• Meeting students' possible need to have a basic understanding of traditional subject areas before engaging in interdisciplinary, topic-based curriculum.
• Revamping university admissions because the current method is based on the traditional way of articulating courses and grades.

Clark said the switch to interdisciplinary learning has already happened in pockets, starting in higher socio-economic areas. Taylor said similar philosophies of education are currently practiced in many nontraditional institutions, including Sudbury schools, at which K-12 students direct their own learning through their interests; and Waldorf schools, which emphasize the roles of imagination and artistic development; and other charter and private schools.

The approach also made an appearance historically. As early as 1894, a similar idea was used in John Dewey’s Laboratory School at the University of Chicago. Also, the 1916 report "The Social Studies in Secondary Education" suggested interdisciplinary approaches. Clark said these approaches did not have long-term success because of society's comfort with and perceived value of subject-based curriculums.

Despite societal resistance to subject-free curriculums, Taylor sees only positives in the interdisciplinary approach.

"It's a model of education that doesn’t isolate learning into discrete, isolated bits of information but instead fosters children’s natural impulses and desires into purposeful, deep learning about interconnectedness in an authentic, experiential approach for understanding," Taylor said. "When we give our children the freedom to learn, they surpass our wildest expectations." 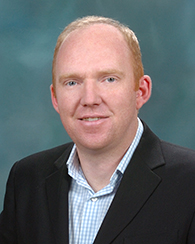 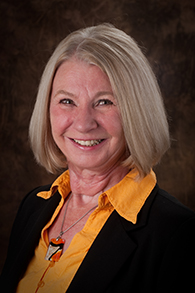 Public schools may find benefits in transitioning away from traditional subjects like math and language arts to interdisciplinary learning using community problems, according to education faculty at Kansas State University.

"We would not see the disappearance of subjects, just a reordering of the curriculum."