The award honors Keane and Lin for their outstanding scholarly achievements and contributions to graduate education at the university. Each professor will receive a $2,500 honorarium. The awards are supported by the William T. Kemper Foundation and the Commerce Bancshares Foundation, and are coordinated through the Kansas State University Foundation and the university president's office.

"Commerce Bank and the William T. Kemper Foundation are proud to continue a more than 20-year tradition of collaborating with Kansas State University to promote excellent instruction with the Commerce Bank and W.T. Kemper Foundation Distinguished Graduate Faculty Awards," said Tom Giller, community bank president of Commerce Bank, Manhattan. "It is a joy to honor these exceptional graduate faculty members who excel in research, teaching and mentoring K-State students."

Both recipients will be recognized as they present their research to the community. Lin will present on Nov. 1 and Keane will present on March 7, 2017. Both presentations will be at 2 p.m. in the Big 12 Room at the K-State Student Union.

Keane has been a Kansas State University faculty member since 1984. His teaching has been repeatedly recognized with multiple departmental Teacher of the Year awards and two college-level McElwee Teaching Awards. He was twice awarded the Jarvis Chair in Landscape Architecture, including the inaugural Mary Jarvis Scholar of Distinction Faculty Chair in Landscape Architecture from 2010-2013.

Keane's research focuses on fluvial geomorphology, stream channel stability and sediment transport, and urban storm water management. Since 2000, he has received extensive professional training in fluvial geomorphology and natural channel restoration design from preeminent river restoration expert Dave Rosgen. Keane's research has been acknowledged through national awards from the U.S. Department of Agriculture and the Council of Educators in Landscape Architecture. His work has been funded by state, federal and private agencies, including the Kansas Conservation Commission, Kansas Department of Health and Environment, USDA, National Science Foundation and the Apache Foundation.

The co-founder of the College of Architecture, Planning & Design's interdisciplinary doctoral program, Keane has served as committee chair for three candidates in the newly minted program. He has served on national committees for Council of Educators in Landscape Architecture; university committees, including the Research Themes committee; and many committees at the college and departmental level. He said his most important work is serving the students of Kansas State University through teaching and research.

A Kansas State University faculty member since 1993, Lin was promoted to full professor in 2002. He researches representation theory of algebraic groups, quantum groups and Lie algebras, a branch of pure mathematics with deep connections to mathematical physics and quantum computing.

A member of several journal editorial boards, Lin organized a dozen international research conferences and edited three conference proceedings. He has supervised and co-advised 10 doctoral students in mathematics at Kansas State University. He has been a visiting researcher at Oxford University in the United Kingdom, Aarhus University in Denmark and Osaka City University in Japan. He also has lectured at numerous international and domestic institutions on research and at graduate research summer schools.

Lin earned his Bachelor of Science in mathematics from Harbin Engineering University and his doctoral degree from the University of Massachusetts, Amherst. 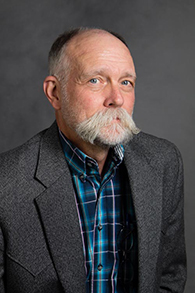 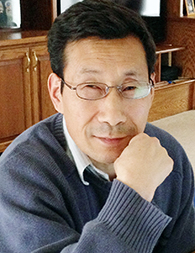