MANHATTAN — In 139 combined years of attendance at Kansas State University, the Spare family has been involved in academics, campus activities, athletics and overseas learning. Now, they will continue their legacy as the university's family of the year.

The Spare family will be recognized as the 2016 Kansas State University Family of the Year at Family Day on Saturday, Sept. 24.

Chimes, the junior honorary, selects the university's Family of the Year based on three criteria: how the family is affiliated with the university; the way family members show loyalty and pride in the university; and how they define family and fit the description.

"A record number of Family of the Year applications was submitted this year, so it was tough for us to decide between all of the applications," said Bailey Porter, junior in biochemistry and pre-medicine, Overland Park, and Chimes co-vice president of event planning. "Chimes selected the Spare family because of their representation of K-State's family values over the many years they have been a part of the university."

The Spare family represents three generations of K-Staters, beginning with the late Neva Jean Fleener Spare, a 1947 graduate in home economics, and Richard Spare, who returned to Kansas after serving overseas in the U.S. Army during World War II. He graduated with a bachelor's degree in agriculture/dairy production in 1950. A Spare family member has attended Kansas State University in every decade since the 1940s.

"The Spare family is large, but there has always been room for one more at the table whether it was a neighbor, K-State friend, an international student, a visiting missionary, a hired hand or the new people that just moved in down the road," said Kathie Weigand Spare, who nominated her family for the award and fondly remembers her mother-in-law's hospitality and cooking.

Members of the Spare family have shared their purple pride in 21 countries for research, on mission trips, work and other humanitarian efforts.

"I was amazed to read how their family has contributed in spreading K-State values around the globe," Porter said. "Family members have helped pump water to remote mountain areas in Nepal, served as a veterinary medicine consultant in Russia, worked remotely for a U.S. firm while living in Sydney, Australia; giving back to the community at large just as much as they have given back to the community at home."

The following members of the Spare family will accept the Family of the Year award on Sept. 24:

David and Elizabeth Spare, Larned, and their daughters, Larissa Spare, Merriam, and Stasia Martin, and her husband, Michael Martin, Manhattan.

Marlyn and Kathie Spare, St. John, and their sons, Andrew Spare, Bel Aire, and Nathan Spare, and his wife, Lauren Spare, and their children, Eva and Eleanor, Ellinwood.

"This is a wonderful honor to share with Richard, now age 92, who started the Spare K-State tradition so many years ago," Weigand Spare said. "The Spare family embraces the K-State tradition and plans to be a part of K-State's future. Go, 'Cats!" 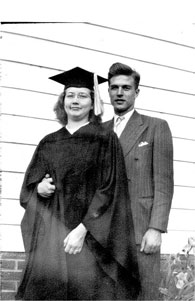 The Spare family will receive the 2016 Kansas State University Family of the Year honor at Family Day on Sept. 24.