MANHATTAN — Wes Bush, CEO of Northrop Grumman, will deliver a Landon Lecture at 7 p.m. Tuesday, Sept. 6, in McCain Auditorium at Kansas State University. The lecture is free and open to the public.

Bush was named chief executive officer and president in January 2010. Additionally, he serves on the board of directors for Norfolk Southern Corp., Aerospace Industries Association, Business-Higher Education Forum, Conservation International and the U.S. Naval Academy Foundation.

Previously, Bush served Northrop Grumman as corporate vice president, chief financial officer and president of the space technology sector. Before that, he was the president and chief executive officer for TRW Inc., where he started as a systems engineer.

Bush has bachelor's and master's degrees in electrical engineering from Massachusetts Institute of Technology and completed the executive Management Program at the University of California, Los Angeles. 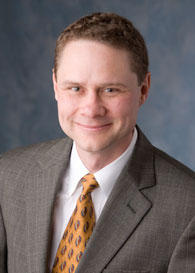 "Northrop Grumman is a leader in technology and innovation related to global security. Mr. Bush's visit is well timed given the university's growth in areas of technology and engineering education as well as a variety of other intersecting educational disciplines."