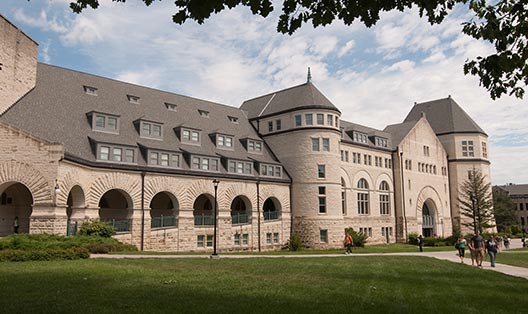 Growth of collections and services, combined with a severe reduction in quality student space, led to the need for further expansion. With dwindling state resources for construction projects, three components came together to fund the project: a federal windfall of funds to the state allowing Governor Joan Finney to allocate $18 million; K-State students passed a referendum to provide $5 million; and Joe and Joyce Hale, impressed with the financial commitment by the students, came forward with $5 million. Dedicated in 1997, the building was named Hale Library in their honor. To acknowledge the importance of the original library and its namesake, the 1927 structure retains the designation of “Historic Farrell Library,” and the main entry to Hale is known as the Farrell Entrance.