The East Memorial Stadium Green Roof and West Memorial Stadium Green Roof are two large, steeply sloped green roofs atop the World War I Memorial Stadium at Kansas State University. The roofs encompass approximately 0.4 hectares combined — or 43,000 square feet total— and were installed with an aim to protect the structural integrity of the rooftops by limiting the number of visitors on the stadium seating. In 2016, the green roofs became the focus of research for K-State faculty and students with the aim of understanding how they perform and how to support their management. Lee Skabelund and Lekhon Alam completed an LAF K-State case study investigation in 2020-2021. 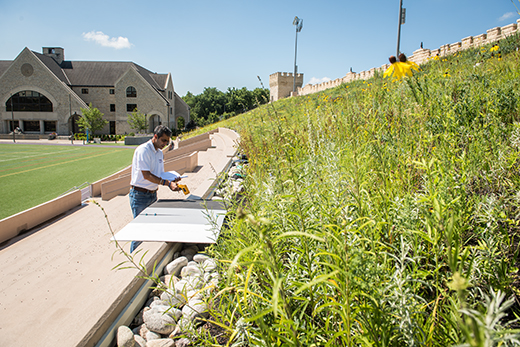 These roofs are semi-intensive green roofs with sandy substrates — the sandy soil or growing media — laid at depths of 5 to 6 inches over insulated, steeply sloped surfaces, which are typically 20-22 degrees or 36-40 percent. Green roof substrates are held in place by a durable plastic geo-web system, which is secured to the upper part of each roof via stainless steel cables attached to eye-bolts at the top of each green roof. The east roof substrate consists of expanded shale to reduce its weight. They were both seeded and planted with mostly species native to the Flint Hills ecoregion. A total of 26 plant species were planted on the west roof and 21 plant species were planted on the east roof. 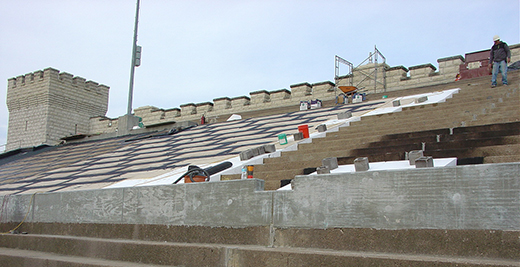 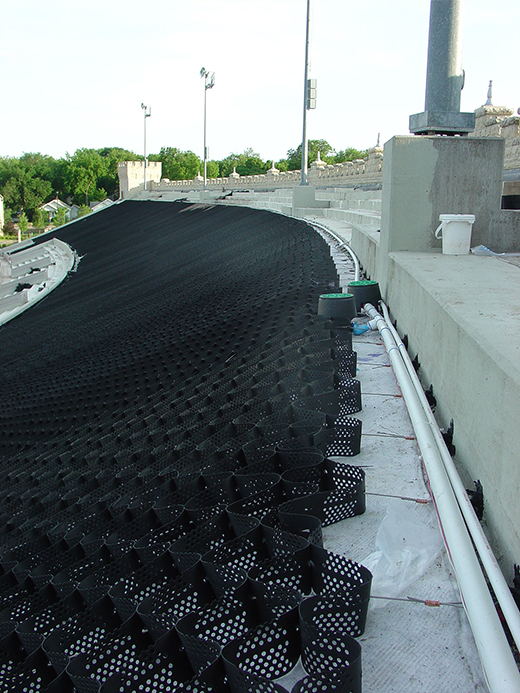 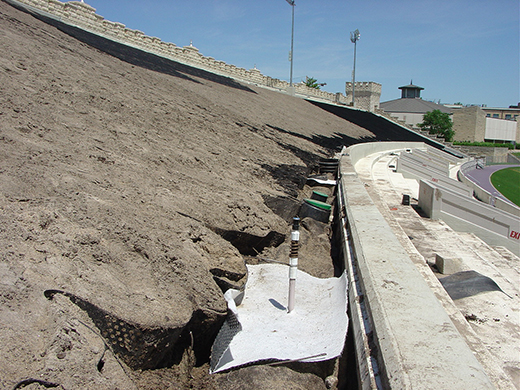 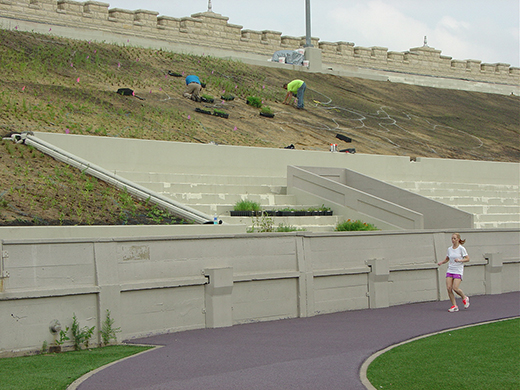 The green roofs have become the focus of performance-based research for several K-State faculty and students. Research intentions related to the East and West Memorial Stadium Green Roofs are: 1) to track vegetation changes 2) to evaluate soil moisture and guide irrigation inputs required as a supplement to precipitation, and 3) to determine whether the green roofs support butterflies. 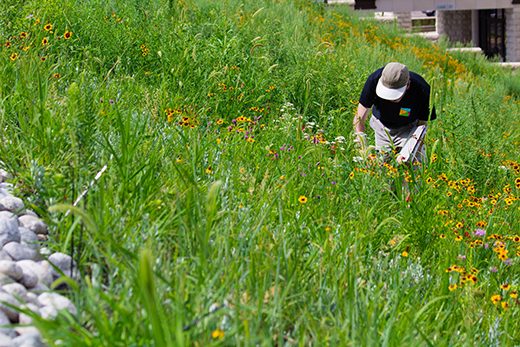 Frequent irrigation is required to sustain the plants on the green roofs. The east roof was typically irrigated three times per day during summer 2016, while the west roof was irrigated twice daily during the same time frame. With the help of the soil moisture sensors and maturation of vegetation, irrigation was reduced to once every one to four days during summer 2017 for each green roof, depending on soil moisture readings and weather conditions. 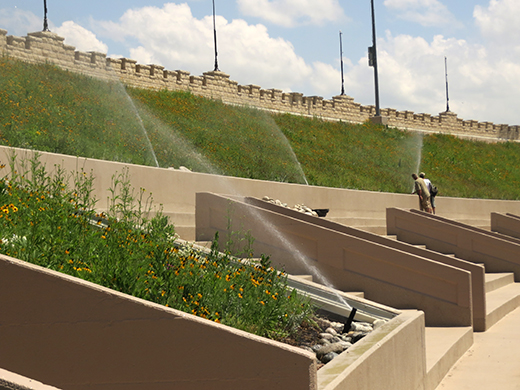 To help monitor soil moisture, nine soil moisture and temperature sensors, two EM-50G datalogger and a solar radiation pyranometer were installed on each roof in June 2016. Because of the steep slopes of each roof, we are trying to see whether precipitation is accumulating at the bottom of the roof and requiring less irrigation than the top of the roof. Soil moisture levels of selected rain events between July 2016 and May 2017 were analyzed.  Our preliminary results indicated that it is best to apply irrigation as uniform as possible across the roof to ensure that the plants at each level of the roof are receiving the same amounts of water. 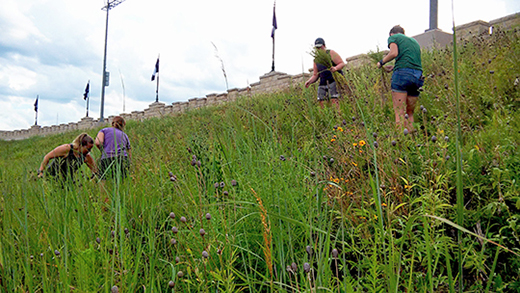 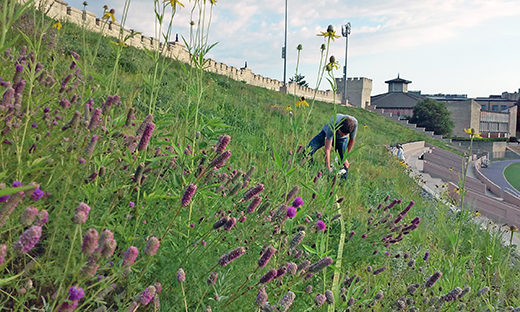 This butterfly research evaluated whether a green roof in an urban context can be discovered and used by butterflies by comparing butterfly communities of the Memorial Stadium Green Roofs to those in urban native prairie at Warner Park and protected tallgrass at Konza Prairie Biological Station near Manhattan, Kansas. The project objectives were to address two primary questions: 1) to what extent do the roofs support butterfly communities in comparison to nearby native prairie, and 2) how do the plants growing on the roof influence the number and types of butterflies that use the roof?

Butterflies were selected for study because they are indicator species of quality pollinator habitat. In other words, if butterflies are present, other pollinators will likely be present, too. With significant recent declines of pollinators and increased urbanization, it is important to see whether green roofs can help reduce the biodiversity loss we are currently experiencing. Considerable research is available from other parts of the world studying butterflies on green roofs, as well as studies in the tallgrass prairie of butterflies on native and reconstructed vegetation. However, research of butterfly communities of green roofs representing tallgrass prairie is limited. This project helps fill this gap. For more on this research see Pam Blackmore's MLA thesis. 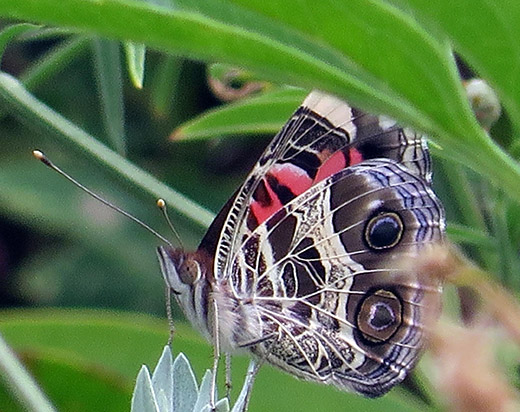