Conservatory - The conservatory was built in 1907 and moved to its present location in 1978.  Unfortunately, age and the elements have not been kind and it was closed in 2008 due to asbestos and disrepair. It still stands and creates a beautiful silhouette. Funds are being raised to replace the structure with rooms for some of the original conservatory plants that are stored in the greenhouses and an education wing.

Reflection Pool - Another fundraising effort is underway for a reflection pool to be installed between the black arbors in the Conservatory Garden. The original K-State Gardens had a reflection pool with arbors so this will be a nod to the past with a contemporary feel. The first part of this project (the pool) is scheduled to begin in 2022. 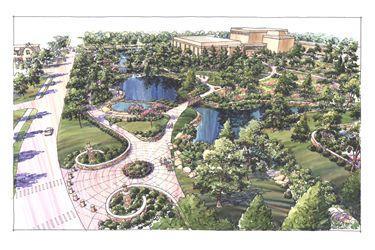 To the right is a perspective view of the Wetland Gardens which will be a garden area built in Phase III of the The Gardens' expansion project. K-State alumni from two architecture firms, Mesa Design Group (Dallas, TX) and The Clark Enersen Partners (Lincoln, NE) donated their time and efforts in reworking the design of The Gardens. Two areas that were not previously planned into The Gardens are the Alumni Garden, which will sit directly north of Phase II (The Conservatory Garden) on the southeast corner of Denison Avenue and Jardine Drive; and the Children's Garden (The Triangle Plot on the master plan ) which is also located on Jardine Drive.

Along with the two architectural firms, The Gardens also worked with Dr. William P. Winslow III (Chip), a professor in the landscape architecture/regional and community planning department at K-State. Dr. Chip Winslow and a few of his students originally drew up the plans for The Gardens in the early 1990s. Winslow has been actively involved with the development of The Gardens ever since. 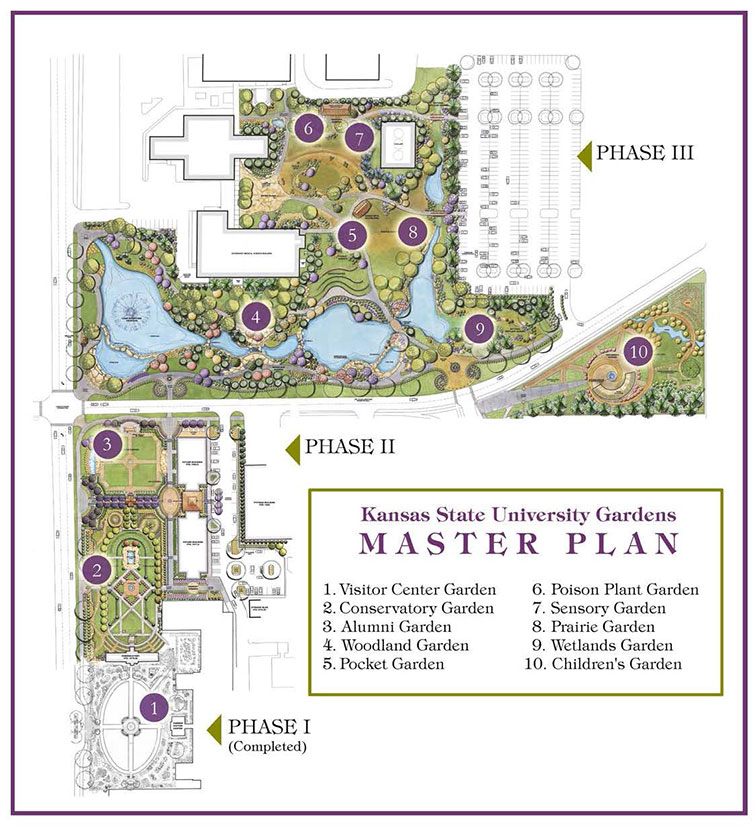