The cabinet itself began as a display kiosk at a local hardware store.  I purchased it as-is on clearance, and modified it to hold a 19" monitor and the buttons for an arcade game.

A Raspberry Pi running PiMame controls the arcade cabinet.  I used a USB button encoder to connect the pushbuttons and joysticks to the Raspberry Pi (the encoder acts like a USB gamepad). 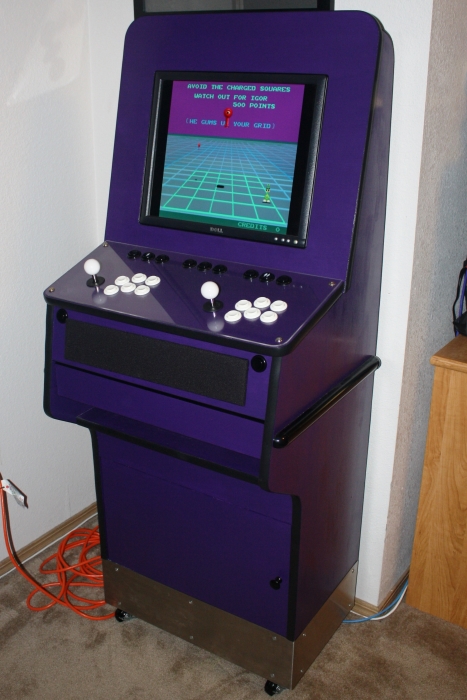