I played Quiz Bowl (Scholars' Bowl) in High School and always wanted to figure out how to build my own set of competition buzzers.  This set of buzzers is comparable to those used in schools! 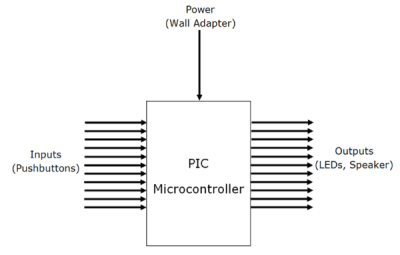 The microcontroller is programmed to watch for a contestant to press a push button.  Once it detects a button push, it lights up that contestant's light and a sound is output from the small speaker.  Since contestants are on two teams, the speaker emits a different tone depending on what team buzzes in.  The microcontroller then ignores all other contestants until the reset button is pressed.

This video was entered in the K-State ECE Video Contest