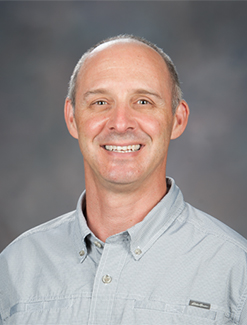 Evolutionary and ecological genetics in plants; genome structure and evolution.

We combine a variety of genetic and genomic approaches with analysis of relevant phenotypes to study ecologically and evolutionarily important variation both among and within species. Current research interests fall into three areas:

Transposable elements and genome evolution:
The class I transposable elements known as long terminal repeat (LTR) retrotransposons are ubiquitous in plants and represent a significant genomic fraction in plant species with large genomes. We have discovered recent, large-scale proliferation events of these sequences in multiple species of the sunflower genus Helianthus. Current research is geared toward understanding genomic and environmental forces that may have triggered these proliferation events and the potential consequences of these events on genome function and plant life history characteristics.

Population genetics:
The American plains bison was a prominent feature of the North American landscape until the late 1800s when populations were decimated by overhunting. A resident bison herd of approximately 300 animals has been established at the nearby Konza Prairie Biological Station as part of a long-term study on the effects of grazing and fire on prairie ecosystems. Current work is focused on monitoring the population genetic health of this bison herd and understanding patterns of male and female mating success through molecular parentage analysis combined with observational data.