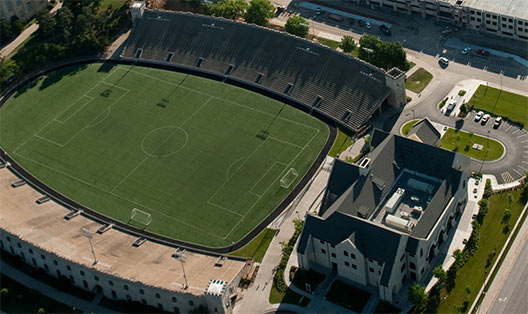 This structure commemorates K-State students and alumni who gave their lives in World War I. It also houses drama therapy classrooms and the Purple Masque Theatre.

Memorial Stadium was built in three phases during the 1920s for a total cost of about $125,000. It served as home to K-State football and track until construction of the current Bill Snyder Family Stadium in 1967.