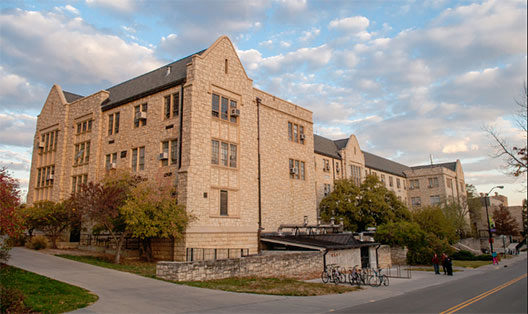 Willard Hall is home to the Department of Art and houses a student art gallery as well.

Following a fire at the old Denison Hall in 1934, the building underwent reconstruction and received a new name. The name honors Dr. J.T. Willard, who served K-State in several capacities, including acting president for two months following the resignation of H.J. Waters in 1917.