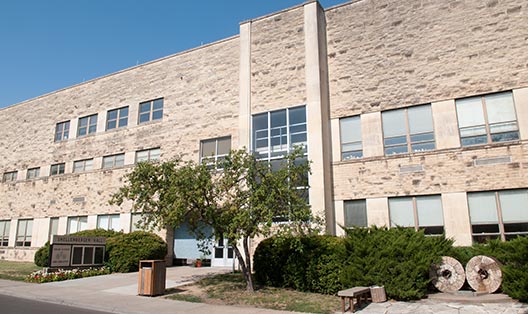 Shellenberger Hall is home to the Department of Grain Science and Industry as well as the International Grains Program.

Shellenberger was completed in 1960 to replace the equipment and facilities of the milling department, which a massive fire destroyed three years earlier. Costs to build and equip Shellenberger Hall totaled more than $1 million.