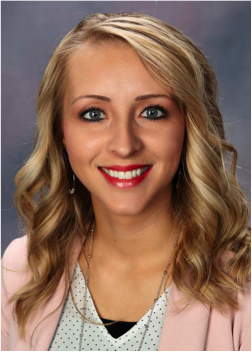 Dr. April Terry is an Assistant Professor of Criminal Justice at Fort Hays State University, specializing broadly in four lines of research: juvenile corrections, gender and crime, rural criminology, and gender-based violence. Her research spans the interdisciplinary spectrum of sociology, psychology, and criminology. Dr. Terry has obtained a Bachelor of Arts in both Psychology and Criminal Justice, a master’s degree in Clinical Psychology, and a PhD in Sociology (concentration in Criminology and Gender Studies).

Dr. Terry’s research on violence and mental health began during her master’s program at Washburn University. Most recently, she completed her dissertation, Dirt roads to justice and heartland girls: Coercive sexual environments in non-metropolitan communities. This work included a total of seventy semi-structured interviews, with both incarcerated girls and women, as well as community stakeholders. Over the past several years, her scholarship has included a review of rural prison sitting, criminological perspectives used to explain inmate sexual behavior, a content critique of Orange is the New Black, and a manuscript on reconceptualizing gender, to list a few (see vita). Dr. Terry recently  published a forward-thinking policy piece on global sex trafficking, and a publication within the Corrections: Policy, Practice, and Research journal, explaining findings from the opinions of incarcerated juvenile justice youth.

In addition to the current scholarship noted above, Dr. Terry has secured funding to work with other colleagues and undergraduate students engaged in research with juvenile correctional officers in Kansas’s only juvenile correctional facility. This research focused on mental health stigma of incarcerated juvenile offenders. While Dr. Terry believes it is important to establish a deep level of understanding and scholarship within one specific area of the criminal justice field, she also supports the idea that as culture shifts, so too does the need for important work in different aspects of the field.

Dr. Terry extends her scholarly work into community service activities. Currently, Dr. Terry serves as the Vice-President for the CASA (Court Appointed Special Advocate) of the High Plains working to provide additional support services for abused and neglected children. She also serves as a trained expert community volunteer for ICT S.O.S. —a non-profit seeking to educate and reduce child sex trafficking in Kansas. She remains a Mental Health Advocate in Kansas while also working with university administration to increase awareness of gender-based violence and adherence to Title IX guidelines. Dr. Terry remains heavily involved with probation officers across the United States and specifically within the Kansas Office of Judicial Administration. She remains active in regional and national professional organizations, spotlighting the intersection of her research and community involvement.