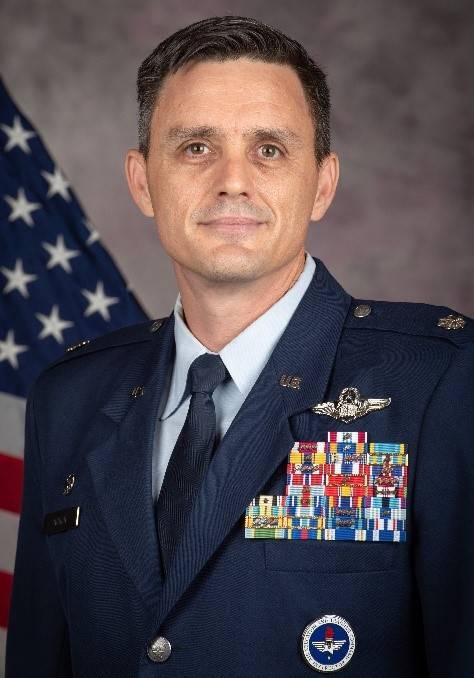 A Mariposa, CA native, he entered the Air Force in 2001 as a graduate of Embry-Riddle Aeronautical University’s Air Force ROTC program. He has served in all flying positions from Instructor to Mission Commander as well as multiple ground positions from Flight Commander to Deputy Support Group Commander. He has also seen duty as a Surface to Air and Electronic Warfare Aggressor at Nellis AFB.