The Reward, Timing, and Decision Laboratory

Episodic memory is often compromised in aging and dementia. It consists of multiple underlying components, including object recognition, spatial navigation, and timing, which must be appropriately bound to remember a coherent episodic memory of what happened, where an event happened, and when an event happened. Recently, our lab developed a novel open-field episodic-like memory task for rodents, through which we are analyzing these what (object recognition/discrimination), where (spatial navigation), and when (timing) components. This is demonstrated in the figure below. In this task, the rat discriminates between odor (yellow = ginger, brown = beet), location, and time of day to obtain food from the cup at which they previously learned what, when, and where information intersects. Currently, we are assessing the episodic memory decline due to aging by comparing episodic memory performance in aged and young rats over time. By analyzing not only the memory type as a whole, but also parsing out its underlying components with our new paradigm, we hope to better understand where within the memory system deterioration begins, so that future research can work to target the episodic memory decline of both aging and dementia at its source. 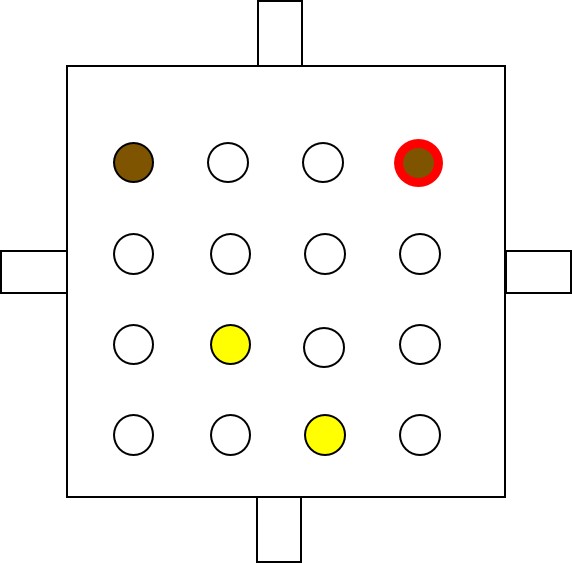 Here a rat distinguishes between ginger lids (yellow), beet lids (brown), their respective locations, and time of day. Only one ginger location yields food in the morning, and only one beet location yields food in the afternoon. The diagram of the table shows where the cups are located, and the red ring around the brown indicates the location of food reward, which the rat accesses by removing the plastic lid.