Ranger Challenge is team challenge in which Cadets go head to head with other ROTC programs from around the country in a competition that is "15 Hours of Pain." It tests Cadet's fitness, teamwork, and military skills. The competition consists of activities such as Rifle Marksmanship, crossing a one rope bridge, and Army Physical Fitness, amongst many more events. Cadets practice and train for this event in order to represent K-State ROTC. 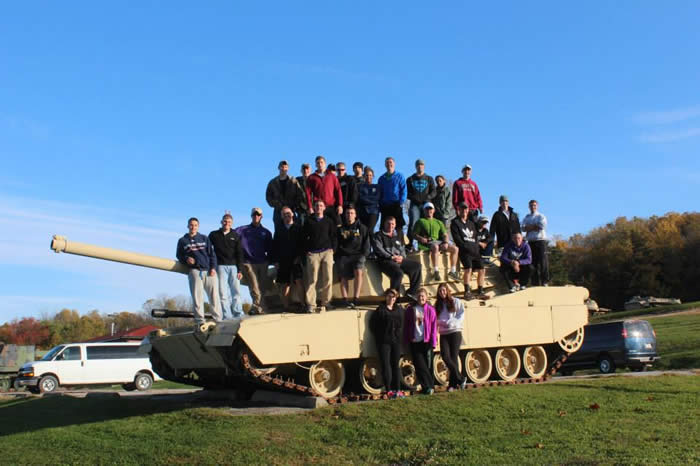 Ranger Buddy Team is a competition event which is conducted each year during the spring semester. The buddy teams compete at Kansas University against numerous other Universities. Buddy Teams consist of two individuals of which and can compete in three different categories. They are the male/male team, female/female team, or male/female team. 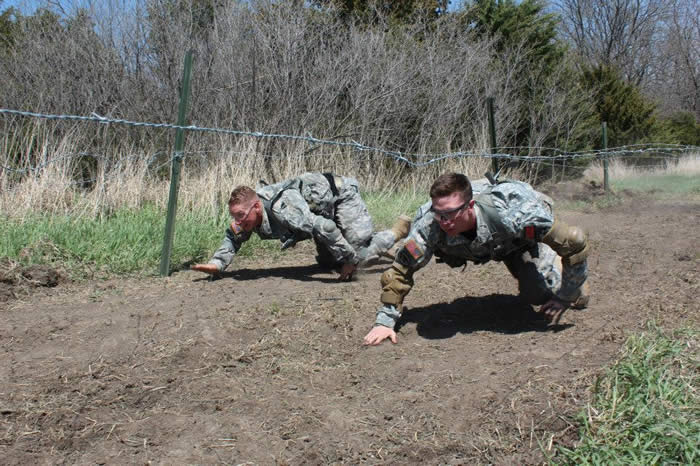 Members of the Kansas State Color Guard have opportunities such as performing Color Guard at Kansas City Chiefs games, and posting the Colors at the Annual SF Ball.

The National Society of Pershing Rifles is a Drill Company and Honorary Fraternity (non-Greek) committed to the development of successful Officers. The Pershing Rifles also works to establish closer relations with those civilians who support the military.

Every fall Kansas State Army ROTC sends teams to the Association of the United States Army (AUSA) Army Ten-Miler, a foot race which starts at the Pentagon, in Washington DC. The patriotic course tours our nation's capital, and is the largest 10 Mile Race in America. Cadets who qualify for the Ten-Miler Team gain a unique leadership development experience and camaraderie as they forge there physical abilities. 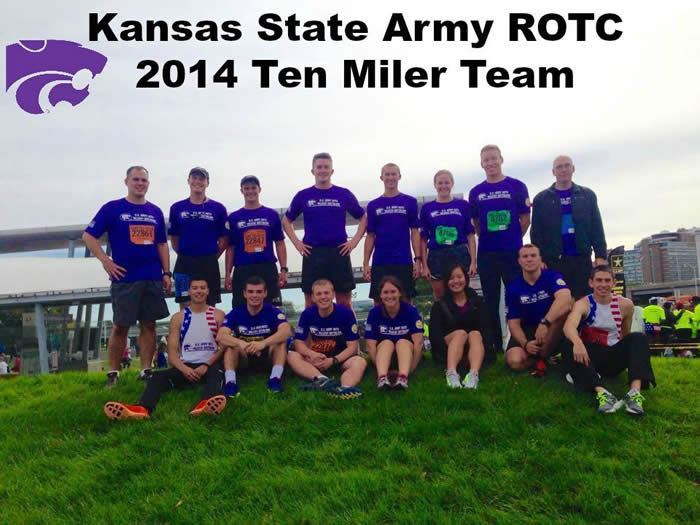 During the spring semester Kansas State Army ROTC Cadets participate in a challenging march through the high desert terrain of White Sands Missile Range, New Mexico. This competition is conducted in honor of the heroic service members who defended the Philippine Islands during World War II. The distances for this event range from 14.2 to 26.2 miles. Cadets compete on teams or as individuals and are challenged both mentally and physically. 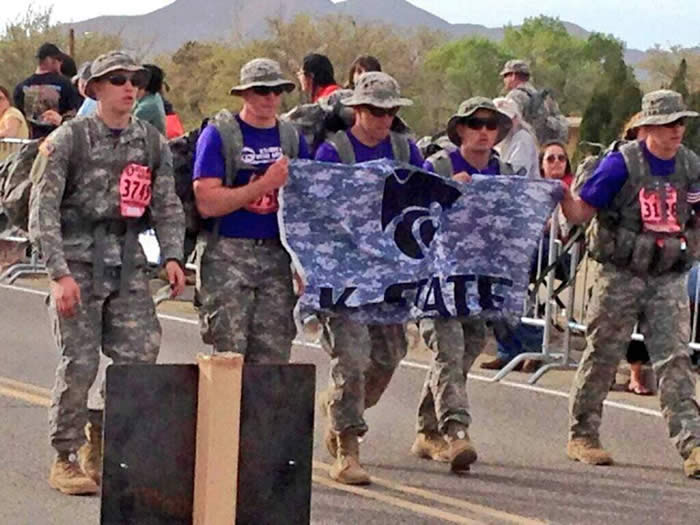 This physical training event is administered under the direction of an actual soldier from the Bundeswehr, which is the armed force of the Federal Republic of Germany. Cadets are assessed on their physical readiness in a vast array of fitness events such as foot marching, shot putting throwing, swimming, and pistol marksmanship, just to name a few. If Cadets meet the challenging event requirements they are authorized to where the GAFBMP, which is one of the few approved foreign awards for wear on their US Army uniform.