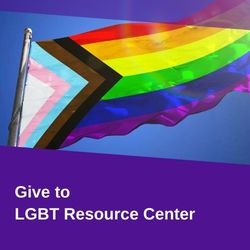 The Kansas State University LGBT Resource Center is committed to providing resources, education, and advocacy about sexuality and gender identity topics. Our office affirms our deeply held commitment for making our campus a place where ALL students, faculty, and staff can truly be seen and valued in their entirety as transgender, non-binary, gender non-conforming, or intersex. You are valid and seen.

Please utilize this page to learn more about gender identity, expression, and ways in which you can be a great ally for the community.

What does Transgender* mean?

Transgender is an umbrella term for people whose gender identity and/or expression is different from cultural expectations based on the sex they were assigned at birth. Sexual orientation varies and is not dependent on gender identity. A person’s Gender Identity is a person’s sense of self as masculine, feminine, both, or neither - how individuals perceive themselves and what they call themselves. One's gender identity can be the same or different from their sex assigned at birth. Gender Expression is how one presents oneself and one’s gender to the world via dress, mannerisms, hairstyle, facial hair etc. This may or may not coincide with or indicate one’s gender identity.

Trans* can serve as a term that helps to refer to all of the identities within the gender identity/gender non-conforming/gender fluid spectrum.  The fluidity of gender inherently means that there will be diverse identities and how an individual identifies within the gender spectrum can be different from person to person.  Trans (without the *) is usually best applied to those who identify as trans men and trans women.  The * makes note of the effort to attempt to include all non-cisgender identities; transgender, transsexual, transvestite, genderqueer, genderfluid, non-binary, genderless, agender, non-gendered, third gender, two-spirit, bi-gender, trans man, and trans woman just to name a few.

Remember to try and NOT assume someone's gender identity and always treat everyone with the respect that they deserve.

How is Gender Identity different from Sexuality?

Sexuality is seen as the desire for intimate emotional and/or sexual relationships with people of the same gender, another gender, or multiple genders (or the absence of this desire) while Gender Identity is a person’s sense of self as masculine, feminine, both, or neither - how individuals perceive themselves and what they call themselves.

Why is Trans* Equity Important?

Transgender people face staggering levels of poverty, discrimination, and violence in the United States and the world. Transgender people, in particular transgender women of color, face extremely high rates of violence, murder, and incarceration. Most states and countries offer no legal protections in housing, employment, health care, and other areas where individuals experience discrimination based on their gender identity or expression.

According to the "2015 U.S. Trans Survey," a report by the National Center for Transgender Equality:

So we as a community must work to bring this issues to the forefront and produce true equity for our transgender friends and family.

Transgender people in crisis should contact the following resources: